If you own your own professional business, financial goals are crucial for success. However, you need to do it right. First, your goals need to be SMART (and that all-caps is because it's an acronym, not merely "shouting" about its importance). Then, you need to follow these 3 simple guidelines to make sure you’re setting the right goals — in other words, that you’re climbing the right mountain, or (with a nod to my dogs) that you’re barking up the right tree. 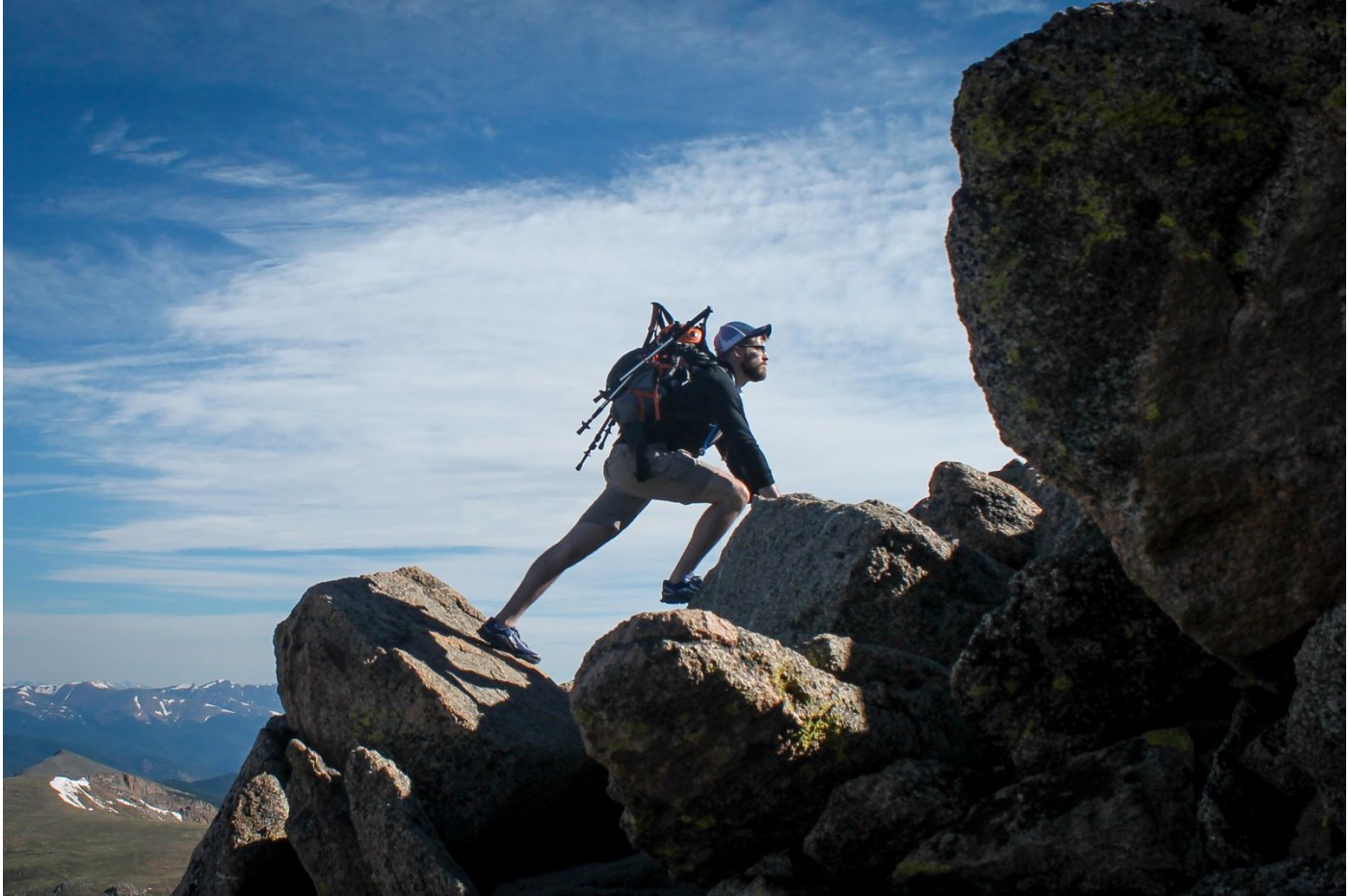 Are you climbing the right mountain?

How do I know?

After all, I was never going to be a business owner.

When I was 4, Dad already knew I’d be a physicist. He’d share with me popular science topics he’d read about, which fascinated me, though I’d get frustrated when I’d ask him a question and he didn’t know the answer.

The great thing about Dad was that he didn’t BS me. When he didn’t know, he said so.

Many years later, after I’d become a PhD physicist, he’d be the one asking me to explain things in physics, and I’d do so in layman’s terms.

I miss Dad, and those conversations.

But getting back to business, I was never going to be a business owner. I was going to be a researcher, and frankly, I looked a bit down on people who chose to go into business.

You know the saying, “If you want to make G-d laugh, tell him your plans.”

Twenty-two years in, I realized my academic career had hit a dead end. I resigned my position and took a job with a small engineering consulting firm. Just under 2 years later, they had to let me go. Realizing this was the best proof that job security had become a myth, I opened my own small consulting business.

Can you hear G-d chuckling yet?

Two years later, I opened a second, parallel business, through which I bought an office suite and started renting out office space to other professionals.

Is it just me, or is the laughter getting louder?

Another 5 years, another parallel business, this one as a financial strategist for professionals.

The Importance of Goals

You can think of life a bit like being on a river.

You can let the current carry you, but sometimes you hit rocks, rapids, or even a waterfall. Sometimes, with no fanfare the river simply goes where you don’t want to be.

That’s why goals are so important.

They help you figure out if the river you’re on is going in a direction that’s right to you, and whether you need to be rowing with all your might to avoid hitting rocks or going over a waterfall.

They also help you figure out when you’ve succeeded, so you know it’s time to pull your boat to the bank.

How to Set Goals that Work

No, not smart goals, in lower case.

Why are these so important?

Specific means the goal is clearly defined and unambiguous. If it isn’t clearly defined, you could mistakenly think you’ve met it when you’re way off.

Measurable means you can easily determine if you’ve met the goal. If your goal isn’t measurable, determining you’ve met it becomes a subjective exercise.

Achievable is self-explanatory. If your goal isn’t achievable, you’ve set yourself up for failure.

Realistic is related to achievable, but speaks beyond what’s theoretically possible, to what you’re likely to want to spend the time, money, and effort to accomplish.

Time-bound is what differentiates a goal from a dream or vision. As they say, “Goals are dreams with deadlines.” It also prevents you from procrastinating. If your goal is to finish reading a specific 300-page book, imagine not defining your goal with a due date. You could read a page a month, finishing the book in 25 years.

Not much of an accomplishment, right?

Or you could put it off for 25 years and only then crack it open, if you haven’t gone and died by then.

If you wanted to make reading that book a SMART goal, you’d set a deadline of say 3 weeks.

That would make your goal Specific (finish reading that particular book), Measurable (you’ve read all the pages), Achievable (nothing impossible about reading 15 pages a day for 20 days), Realistic (assuming it’s a book you want to read), and Time-bound (within your 3-week deadline).

How to Set the Right Financial Goals

Now that we know why goals are important, you know you should set some for yourself.

Think of this like knowing you want to climb a tree.

With the SMART structure, you know how to create goals that can work.

The next and most important piece is how to find the right tree to climb — how to set the right goals.

As a business owner, you want to make sure your business supports your overall life goals. To do this, you need it to provide you with enough money.

Does setting revenue goals do that?

Say you need $100,000 to cover your current annual expenses, plus setting aside money for the future, plus having fun in the present. Would $1 million in annual revenue make that possible?

Maybe, but then again, maybe not.

If your business expenses for bringing in that $1 million are $950,000, then you’d fall woefully short of what you need. If your expenses are just $100,000, you’d be fine with much less revenue than $1 million.

The better number to track then is profit, rather than revenue.

Another reason for this is that if you decide you need to grow your business, an opportunity that arises may be counter-productive if it increases expenses faster than it grows revenue.

That’s your first simple guideline — ignore the flashy stuff and concentrate on what actually matters.

To get to our second guideline, we need to go back to two related parts of SMART, Achievable and Realistic.

Both of these admonish us to (borrowing from a folk expression back home) not try to jump higher than our belly button.

Your goals must not be so aggressive that you can’t achieve them, whether at all or with the resources you’d be willing to expend on the effort. That would simply set you up for failure and disappointment.

On the other hand, making your goals too easy robs you of motivation, letting you do the equivalent of falling asleep on your boat and letting the current carry you.

That’s your second simple guideline — make your goals aggressive enough to motivate you to do hard work, stepping beyond your comfort zone, but not so aggressive that you give up on them.

Sometimes, all that latter piece takes is relaxing the deadline a bit. While doubling your profit in one year may be far too aggressive, doing so in 7 years requires ~10% increase each year — far more doable.

Note that if your current profits are just $5000, doubling in a year may not be aggressive enough. On the other hand, at some point, even a 10% annual increase may no longer be realistic. For example, my consulting practice profit margin is above 90%, and I’m already working full time at the highest hourly rate my main client will accept.

Increasing profits by 10% while continuing to serve this client would thus require me to work more than full time.

Repeating that increase annually for 7 years would gradually push me to 80-hour weeks — unrealistic in the extreme.

If I did decide to pursue such a goal, I’d need to change how I run my business, which leads me to the 3rd guideline.

If a goal is important enough that you don’t want to give up on it, but it looks unrealistic, change the rules.

Star Trek’s “Kobayashi Maru test” is an excellent reference here. In brief, Kobayashi Maru was a no-win-scenario test in the fictional Starfleet Academy. Its intention was not to see who can win, but rather to stress cadets and see how they react under such stress.

After (predictably) failing, and then failing a second time, cadet James T. Kirk took the KM test a third time, becoming the first cadet to ever defeat the scenario. This after surreptitiously reprogramming the simulation to allow a win. Defending against claims of cheating, Kirk responded he didn’t believe in no-win scenarios.

Coming back to our non-fictional world, in the example of my own consulting company, if I decided to set a goal of increasing my profits by 100% (or even 25%), I’d need to change the rules of my game.

For example, I’d need to find enough additional work that I could gradually hire employees, paying them enough to make them happy, and charging clients enough over the extra labor cost that my profit goal becomes achievable.

The 3rd guideline is thus to always have at least an idea of how to start working toward achieving your goal, even if that requires changing the rules of your game.

There are several important lessons about business financial goals.

First, it’s important to set them. Second, they need to be SMART. Third, you need to follow the 3 simple guidelines above to make sure you’re setting the right goals — in other words, that you’re climbing the right mountain, or (with a nod to my dogs) that you’re barking up the right tree.