I know it from personal experience. Starting your own business is scary. Having to cover expenses for months, with no income and no guarantee of success is no walk in the park. However, if successful, you’ll reap significant benefits. Here are 7 of those that are often overlooked.

7 Attractive Yet Overlooked Benefits of Starting a New Business 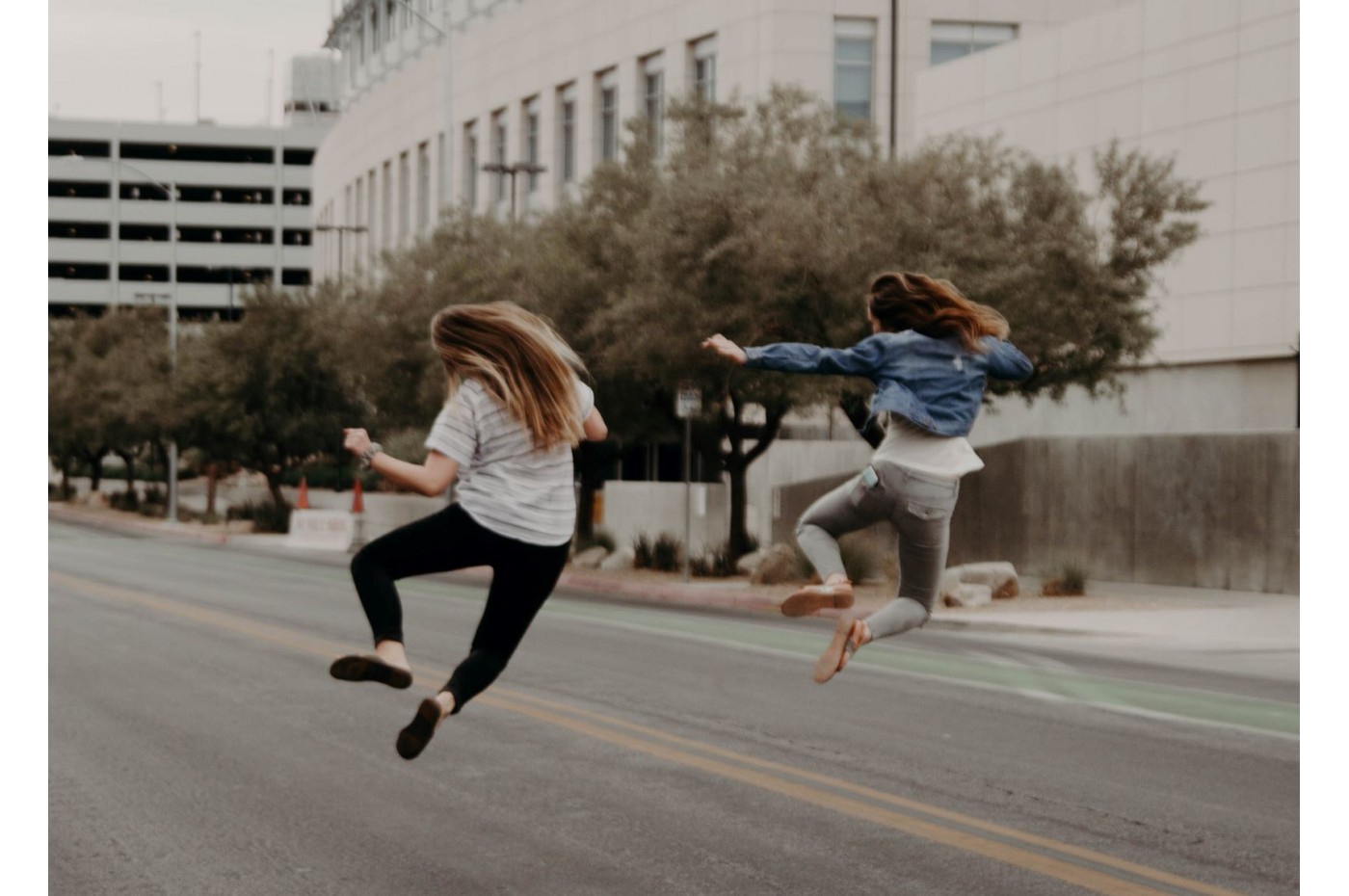 If you’re still an employee, starting your own professional practice may be easier and more attractive than you ever thought

If you’re reading this, you’re probably one of over 157 million Americans employed by someone else.

You’re also far more likely to be among the nearly half of employees unhappy with their job and/or employer, than among the 13% who are largely satisfied.

Finally, you’re likely one of over half of employees considered professionals.

If all that describes you, read on!

How I Started My Own Professional Business

The first hint of trouble was when a colleague was let go with just 3 days’ notice.

Given that the total workforce of the company was 54, including the CEO, COO, and CTO, that was significant.

I pulled the CTO aside and asked, “If you decide you need to let me go too, could you please give me a few weeks’ notice, not days?”

“Don’t worry Opher,” He reassured me, “You’re a key part of our long-term plans.”

“That’s good to hear,” I replied, “but if it changes, I’d appreciate more time to prepare.”

Three months later, he asked me into his office and told me they have to let me go too, at the end of the month (which thankfully was 3 weeks away). He also told me I could use the remaining time to look for my next job, and that he’d be happy to provide a glowing recommendation. Overall, they did their best to make the transition as easy as they could.

My wife and I talked through my options.

I could look for a position with a different employer, but I’d just seen first-hand that the main reason for being an employee – job security – is a myth in today’s world. We agreed it made more sense for me to start my own consulting practice.

I made a list of 60 companies and individuals in my field, reaching out to them regularly, trying to get paying work.

Finally, 2 months later, I got a nibble which turned into 3 months of work.

A few weeks after that petered out, another gig started. This one lasted 8 months.

A few more weeks with no work, and another gig showed up, which kept me busy well into the following year and led to another gig with the same client...

By the end of my first full year of being in business, I had billed over 1300 hours, and made more than the 6-figure salary I’d lost. After that, some years were better, some were much better, and none was worse (though that’s entirely because one 11-month period with only 400 billable hours was split between two calendar years).

What It Took to Start My Own Business

Starting my own business was scary.

Start-up costs weren’t much, since I ran the business out of our home, so no rent, no extra utilities, no furniture, and minimal technology costs ($250 to replace our old, unreliable printer). The cost for a bare-bones website, including registration and hosting was about $150.

That wasn’t the problem.

The problem was continuing to cover our mortgage, insanely expensive COBRA health plan, and all our other costs with no income for 4 months.

Things could have turned out far different. I was fortunate. But as the saying goes, good fortune happens when opportunity meets preparedness, and I was prepared.

The benefits of (successfully) starting you own business are legion. The following 7 are often overlooked.

As I mentioned above, the costs of starting your own business these days can be minimal.

If you make it a home-based business and have a few technology basics and a broadband connection, the costs may be as little as a few hundred dollars.

You Can (and Should) Charge Premium Rates (so You're Not Resentful)

According to Fundera again, “Census data from the Survey of Business Owners showed that 57.1% of home-based businesses brought in less than $25,000 in revenue.” If you’re trying to keep a roof overhead, the lights turned on, and food on the table, you don’t want to be one of those 8.5 million minimally profitable businesses.

However, if you’re an experienced professional, and find the right niche, you can charge premium rates.

By that I mean charging over $100/hour, and preferably more than $150/hour. For you, this translates to about $200,000 - $300,000 annual revenue. For clients, it translates into solving difficult problems without having to hire a high-end full-time employee.

You Can Make Work Fit Your Lifestyle (Rather than the Opposite)

Personally, I try to find enough work to bill at least 40 hours/week, 52 weeks/year. At times, I’ve worked over 90 hours/week (though these days I try to never go over 50). But there’s nobody pointing a gun to your head saying you have to work so much.

Especially if you make sure to charge high enough rates (see the previous point), you can set up your business such that your workload is 30 weekly hours or even less.

Your Profit Margins Can Be Incredibly High

According to Lendio.com, profit margins approaching 20% are high. Other sources agree. However, if you set up a solo, home-based professional business, you could see operating margins (revenue minus all expenses except what you pay yourself) above 90%!

That describes my own experience.

When I was a grad student, my advisor would routinely catch me just before 5 PM and hand me a task that required 4-5 hours of work, telling me it had to be done by the following morning. After this happened repeatedly for several weeks, I realized the urgency was fake. He just wanted to exercise his power and extract the most work possible from me.

I finally told him that if he didn’t filter things according to their true urgency, I would, and being a lowly grad student rather than a senior professor, I’d sometimes get it wrong.

When he tried to continue as before, I stopped complying. I'd tell him the work would be done the following day. Needless to say, he wasn’t happy, and tried to sabotage my completing my PhD. It was only when I involved the dean’s office that he relented.

Many bosses and supervisors are like that. They revel in their authority and abuse it. My mom had an expression for it, roughly translating into: “When the slave becomes king.” You can imagine how such a person would treat those suddenly under his power.

When you have your own company, clients can request deliverables by certain deadlines. However, you can tell them when those deadlines are not achievable, or charge extra-premium rush rates when appropriate.

As an employee, if you fail to accomplish something important, you may find yourself looking for a new job.

As your own boss, failure could mean losing a client. It could even mean your reputation taking a hit. However, in my experience, good clients understand that you’re a human being, and can make a mistake from time to time. They tend to be far more understanding and forgiving than bosses.

If you’re an employee, when you retire you may have a pension (unlikely for the past few decades), or at least something of a nest egg saved in your employer’s 401(k) plan. You may even get a small bonus and/or get paid for unused leave.

As a business owner however, you might get a much larger payday when you’re ready to call it a career. This is mostly true for businesses where the owner isn't the only asset of the business.

However, if you are able to find a buyer for your business, you may get hundreds of thousands or even millions of dollars.

For example, I know one person who sold his small business (with ~20 employees) to a larger company. I don’t know how much they paid him, but I do know that once he completed the agreed-to transition time, he walked away with enough to stop working.

I also know another person who managed a small business for its owner. When the owner wanted to retire, he offered to sell the business to the manager for $1 million paid over 10 years. In today’s dollars, the owner walked away with nearly $1.5 million.

Starting your own business is scary.

Having to cover expenses for months with no income, and no guarantee of success is no walk in the park.

However, if successful, you’ll reap significant benefits, including many that are often overlooked, like the 7 listed above.

Also, you may be able to sidestep most of the fear factor by starting your professional business without being let go (subject to any non-compete clauses in your employment contract). That way, you can build up your business gradually without any financial strain, and leave your job when you’re confident the business can cover your family’s expenses and more.