The noise from market mavens, pundits, and assorted talking heads who get paid to keep your attention makes it hard to just do your investing thing. Paying attention to those distractions just makes it harder to reach your own financial goals. Whenever you’re tempted to listen to them, just remember that if they truly knew what’s coming next in the markets, they wouldn’t be wasting their time talking at you. They’d be online, making their next guaranteed 10-bagger investments. Here are 7 simple yet crucial lessons I learned over several decades. I only wish I didn't have to lose thousands of dollars in the learning.

7 Distractions You Look at that Make Investing Success Harder 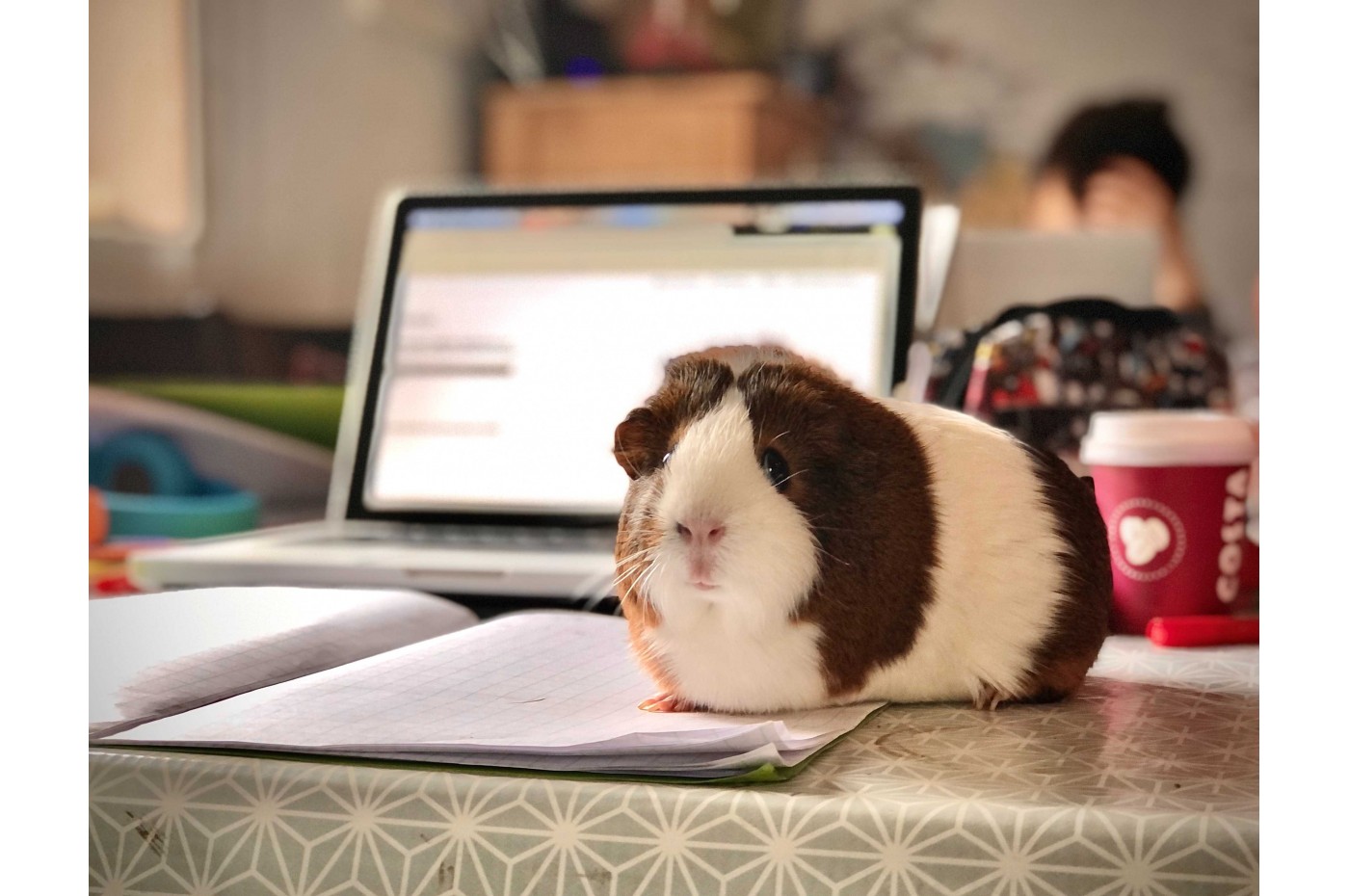 I was in my early 30s, and finally managed to scrape enough money together to start investing.

I picked a high-flying mutual fund from PBHG.

For a while, it made me look like a genius, repeatedly returning over 15% a year. Why, with these returns, I’ll be a millionaire before retirement age, I thought.

I’ve since learned a few things about investing, Mostly, what distractions I need to ignore if I want to succeed. Here are the top 7, along with what you should focus on instead.

Like that PBHG fund, and other specific investments I made over the years, sometimes my short-term performance was brag-worthy, but other times it was miserable. For example, I once invested in Bank of America stock when it was paying a huge dividend, only to see the dividend stopped and the stock price slashed by 90%.

The lesson is simple. Only long-term results matter, so look only at those. Nobody cares if you shoot out of the gate at lightspeed, if you then crash and burn halfway through the race.

How Much You Could Have Made If…

You know the schtick, right?

If only you invested $10,000 in Walmart before it was the biggest name in (brick and mortar) retail, or in Amazon before it became the market titan it is today, or in Zoom before the pandemic, or in GameStop just before the huge short squeeze (and gotten out at the top) … you’d be a gazillionaire today!

Yeah. Can you please point out the next one, and give me a 10-times-your-money-back guarantee? Cause I remember the Enron implosion…

For every investment that looks like a sure thing and actually delivers outsize returns, there are a dozen or more that turned out to be “underpriced” just right, or even less so than they deserved.

This sort of backward-looking fantasy is a useless distraction, unless they teach you how to pick the next 10-bagger before it shoots up.

The lesson here is to ignore those who blather on about such things. Instead, do your due diligence and stick with your own investing system.

How Rich Others Are Getting

Related to the previous one, if you see others getting rich doing something, you start itching to do the same, hoping to get the same result.

“Nothing so undermines your financial judgement as the sight of your neighbor getting rich.” – J.P. Morgan

Unfortunately, if they’re getting rich, it may be because they took insane risks and got lucky (want to bet the farm that you will too, on the same crazy risk?), or because they spotted a temporary mis-pricing that’s been corrected already.

The lesson here? Others will always get richer than you. But you know what? If you can get rich enough to reach your personal financial goals, that’s the only measure that counts. So don’t take on more risk than needed. If consistently scoring singles and doubles will get you where you want to be, don’t swing for the fences.

Yeah, they’ve made it big.

·       Did they make their money by investing in the stock market? Most didn’t.

·       Do you have the same capacity to bet big on one investment or another as they do? Nope!

·       Do they have any idea what it’s like to be in your personal situation, or even what your situation is? Not very likely.

So why would you think their investment advice is the best for you?

The lesson here is to ignore advice from billionaires, or at least look at it with a huge amount of skepticism.

Ask yourself, “Does this advice really apply to my personal situation, and does it make sense that someone like me could benefit from following it?”

Above all, know that just because it came out of the lips of a billionaire doesn’t mean that following this advice will turn you into one.

I’m smart too. In fact, I even have a PhD in physics (though I’ve left academia behind).

But you know what? Lots of smart people invest, but not nearly as many can control their reactions to market gyrations. When it goes up, most of us become too greedy. When it falls, there’s a rush for the doors, “Sell! Sell! Get me out of the market, at any price!”

If you’ve never heard of it, there’s another measure that’s more likely to help you invest well. It’s called EQ, or Emotional Quotient. According to the Cambridge Dictionary, EQ is “a measurement of a person's emotional intelligence (= their ability to understand their own feelings and the feelings of others).”

The lesson here is that having a normal IQ with high EQ makes you a better investor than the opposite. Thus, don’t let yourself get “too big for your britches” just because you’re smart. Don’t make investments you won’t be willing to stick with if the market goes against you (but don’t stay in an investment after you learn new information that makes selling the right move).

Success in Other Arenas

Have you ever noticed how much attention we pay when celebrities speak, even if it’s about something totally unrelated to the source of their fame?

Have you ever listened, and realized that they’re far from expert on those other topics?

If you’re a master machinist, would you claim to have better than average abilities in tennis?

If you’re a professional singer, would you want to try and negotiate a real estate deal worth billions?

If you’re a super-model, should we all stop and take your word as gospel on history and international affairs?

Yes, being a machinist doesn’t mean you don’t know how to play tennis, but if you went up against Roger Federer, should we bet on you to win?

Those who assume career success automatically translates to investing success don't usually do well, unless of course their career is in investing.

This is why, even though I’m very successful at what I do, I no longer have the hubris to expect to be a better stock picker than the pros. That’s why I hire those pros, by investing in great mutual funds. That’s the lesson here, and it’s one I wish I didn’t have to lose thousands of dollars learning.

If you can pick stocks better than the pros, go for it. If (like me) you can’t, then pick good stock pickers (i.e., mutual fund or ETF managers). If you can’t do that, invest in low-cost index funds.

Looking at market returns, whether for individual stocks, funds, sectors, or indexes, can be fun or terrifying, but it’s not very useful.

Nobody can consistently pick the best (or worst) times to invest, and even investing at the worst times beats sitting in cash over the long run.

The lesson here? Invest as soon as you can, as much as you can, and as consistently as you can. In the long run, waiting to sell at the top will likely have you lose more than selling early, because the top is only known after it’s behind us, and the value of your investment lost significantly from that top.

Similarly, waiting on the sidelines so you can enter the market at the bottom will have you lose the best part of the runup, because by the time you realize that really was the bottom, the market has shot up 10%, 20%, or even more.

It’s taken decades, and several epic misses in my investing efforts, to learn these simple lessons.

The noise from market mavens, pundits, and assorted talking heads who get paid to keep your attention makes it hard to just do your investing thing. Paying attention to those distractions just makes it harder to reach your own financial goals.

Whenever you’re tempted to listen to them, just remember that if they truly knew what’s coming next in the markets, they wouldn’t be wasting their time talking at you. They’d be online, making their next guaranteed 10-bagger investments.