Especially since Covid, getting mortgages approved is harder than ever. If you want to make it easier for your chosen lender to help you, avoid the above 7 mistakes. Doing any of these (let alone more than one) is a great way to make the already difficult into (nearly) impossible. However, if you follow the “Do This Instead” advice, your lender will likely be able to get your loan approved more quickly and easily (assuming you meet the loan-to-value and payments-to-income ratios, the home appraises, etc.). 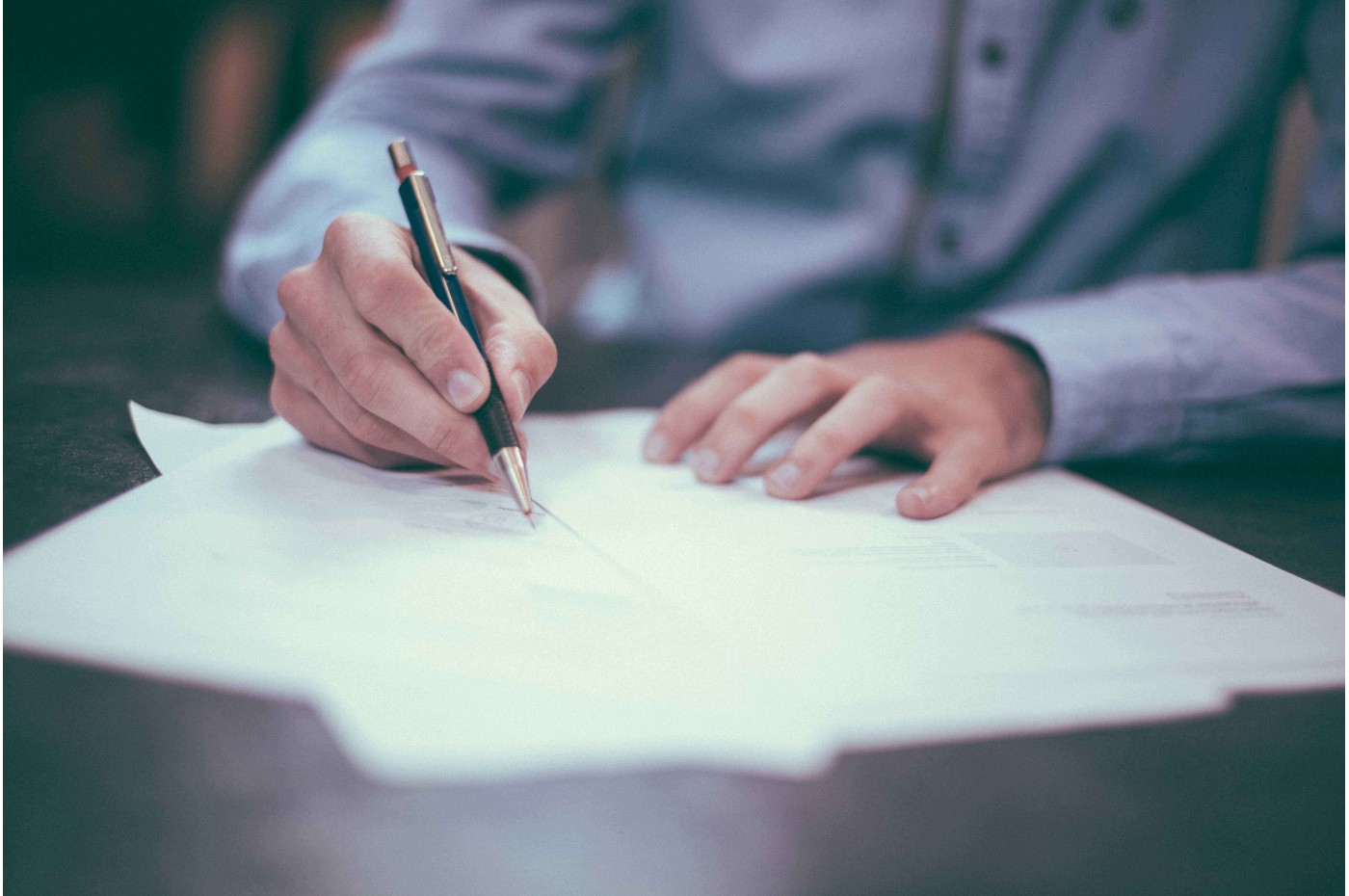 … and what to do instead (according to a veteran mortgage lender) …

Although mortgage interest rates have recently pulled back some, they’re still historically low.

When rates were lower yet, I decided to refinance the mortgage on our home. I reached out to the mortgage guy I’ve been working with for over 20 years. Over that time, between purchases and refinances, we’d closed at least a dozen mortgages.

Each was quick, simple, and painless.

With lenders spooked by Covid, requirements to approve mortgage applications went from stringent to absurd, especially if, like me, you’re self-employed.

Success took 14 months, 4 applications, and over 400 documents required by underwriting!

After we finally closed the loan, I talked with my mortgage guy and asked him what makes things harder for a lender to approve a mortgage.

Here’s what he said.

Why Make Things Difficult, If with Negligible Effort You Can Make Them Impossible?

The two main difficulties we hit this time around were simple.

The primary one, as mentioned above, was that both my wife and I are self-employed. We’ve been our own bosses for over a decade, and it’s been incredibly positive for our income and sense of freedom. However, being self-employed spooks lenders especially during the pandemic.

Since lenders look at the ratio between your new mortgage payments (and overall debt payments) and your income, reducing your tax liability results in higher debt-to-income ratios.

These factors make it difficult to get a mortgage approved. However, avoiding them requires you to make less money (by being an employee), or paying higher taxes. Neither is a good idea, throwing out the proverbial baby with the bathwater.

Lenders want to see a great track record of income.

More than that, they want to have a “warm and fuzzy” feeling that they can reasonably expect this track record to continue until you pay off the loan.

Deciding you’ve had it with your employer and telling them where they can stuff the job may feel viscerally satisfying, but doing it before your mortgage funds (several days after closing) is a great way of shooting yourself in the financial foot.

If at all possible, stay in your current job at least until your mortgage is funded. If that’s not doable, try to at least move immediately into a better paying job (duh!).

Don’t Throw Out Your Recent Tax Returns and W2s

While a lender can (and will) ask the IRS for your tax transcripts, this is to verify the information in the copies of your tax returns you submit to the lender. However, those tax transcripts don’t include the names and addresses of your old employers.

If you changed employers over the previous 24 months, this can be a big problem.

This is a dead-simple one to avoid.

Just keep your tax returns and W2s for at least the past couple of tax years (you should actually keep them for at least 3 years according to the IRS, but that’s a whole ‘nother story).

Don’t Take on (or Co-Sign on) New Debt

Lenders get antsy when your total debt payment is too big a fraction of your income, so taking on new debt while applying for a mortgage just makes it that much harder to get approved.

This isn’t limited to your own debt.

If your kid decides to buy a new car but doesn’t have good enough credit to be approved for a great interest rate, he may ask you to cosign his auto loan. Setting aside the risk this poses to your finances (and relationship) should he stop making payments, from the lender’s perspective it increases the risk that you won’t be able to make timely mortgage payments.

To avoid this problem, don’t open a new credit card or other credit line, and don’t co-sign one of those while you’re in the process of applying for a mortgage.

In fact, it’s best to avoid any hard credit checks during this period too, such as what happens in some cases where you try to increase an existing credit line or credit card limit.

This one is counter-intuitive, and may run contrary to advice you hear from family or friends (who aren’t in the industry and don’t know how things work these days).

Since lenders care so much about your debt-to-income ratio, and your credit score is dinged by having a high “utilization ratio” (the ratio of your total balance to total credit limit), it would stand to reason that paying bills (and credit card balances) off in full should be a good thing. It is, but…

That ratio isn’t the only thing lenders care about.

They also want to see plentiful reserves that would let you keep making payments if you lost your income for a time.

If you take a large sum of money out of your accounts and pay off bills, credit cards, and loans in full, you may deplete your reserves to the point that the lender can’t approve your loan.

Before picking which, if any, debts to pay off in full, talk with your prospective lender!

S/he’ll be able to run an in-house credit score simulator and suggest which loans and bills you should pay off in full to reduce your ratio and improve your credit score without depleting your reserves too much.

This too is a little counter-intuitive.

How could having more money in the bank (higher reserves) be a problem?

Well, those deposits in and of themselves aren’t a problem.

However, if they happen within 60 days of when you first applied for your mortgage, the lender must document where they came from. Their concern is that large cash infusions may be borrowed. If so, that would increase your debt level and monthly payments.

If these amounts (including your salary or business income) are higher than your typical income and/or come in round numbers (say $3000, $5000, etc.), they raise a red flag. If the money came from cash you had in a safe or under your mattress, the lender has no way to document that so they can’t consider them when qualifying your loan.

Again, talk with your lender before you make such large deposits.

S/he’ll tell you what documentation would solve the problem. If you can provide it, go ahead and deposit the money. If not, it may be best to hold off until after your loan funds.

Related to the above, every significant sum moving into or out of your accounts has to be documented.

Worse yet, if the money comes from an account you don’t own, you have to document your relationship with that owner. It may be your parents or a sibling, in which case you’d need something to document it as a gift (if it’s a loan, see “Taking on (or Co-Signing on) New Debt” above).

If it’s not a documented relative, you’d have an even harder time convincing the lender that it’s a gift that you don’t have to return.

Help your prospective lender help you by keeping your financial moves as simple as possible until the loan funds.

Note that this one is relevant for new purchase loans, not refis.

In today’s extreme seller’s market it’s unusual. However, in more balanced markets and especially in buyer’s markets, sellers will sometimes offer allowances to sweeten the deal. Such allowances can help cover closing costs and/or prepaid expenses (e.g., a year’s worth of homeowners insurance, interest, etc.), but they cannot result in you getting a check to deposit in your checking account.

Thus, don’t make some sort of under-the-table agreement with the seller to pump up the cost you agree to pay, increasing the loan amount and loan-to-value ratio, expecting to have that difference paid to you at closing.

If a seller offers you allowances in return for a higher sale price, it’s best to just say no. If there’s a reason to accept, make sure to limit such allowances so they don’t result in a negative closing cost.

Especially since Covid, getting mortgages approved is harder than ever. If you want to make it easier for your chosen lender to help you, avoid the above 7 mistakes. Doing any of these (let alone more than one) is a great way to make the already difficult into (nearly) impossible.

However, if you follow the “Do This Instead” advice above, your lender will thank you, not least of which by getting your loan approved more quickly and easily (assuming you meet the loan-to-value and payments-to-income ratios, the home appraises, etc.).