One of my clients had the majority of her retirement funds in annuities. That could have been the right choice for her, or she might have been misled by a financial advisor. If a financial advisor is pushing you to buy an annuity (or if you're considering it for any other reason), here are the factors affecting whether or not it’s a good choice for your specific situation, the questions you should ask, and the red flags you should watch out for.

Annuities - Shrewd Solution or Really Part of a Big Problem? 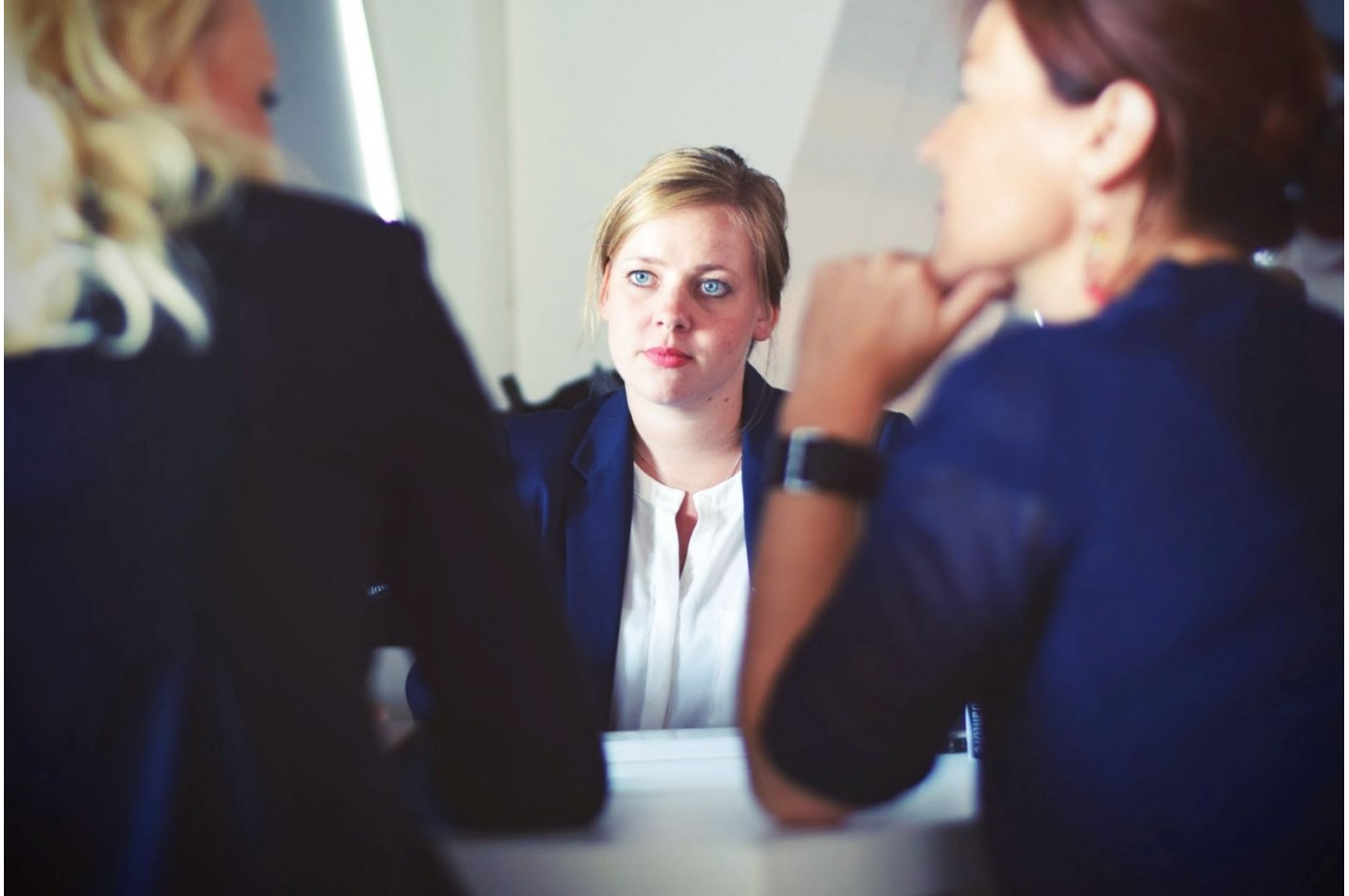 Occasionally, I get a reader request to cover a specific topic.

As a writer, it’s one of the best compliments you can give me.

And though I really appreciate any of you spending some of your busy day reading what I write and/or leaving praise in a comment, asking me to cover a topic for you truly makes my day.

What I read in such a request is more than mere appreciation of my writing (as gratifying as that is). It’s you saying you trust me to cover a topic that’s important for you, and that you’re confident I’d do so better than what you can already find on the Web.

Pretty heady stuff, and a responsibility I don’t take likely.

If I’m not familiar with the topic, I research it online and/or with contacts who know more about it than I do. If possible, I run the result by such contacts to filter out possible egregious mistakes.

“A good friend just met with a potential financial advisor, whom she trusts and who used to manage her firm’s health insurance. During their meeting, he talked up annuities. When I hear the “A word,” it raises red flags for me. I’ve heard stories of bad experiences, people losing retirement savings and suing the financial pro involved. This may be just a few outliers, but a quick google search added to my concern. In my friend’s case, she was thinking it would be an insurance policy of sorts if she ever goes into nursing home care. Can you cover annuities in an article?”

So, are annuities a valid recommendation, a shrewd move to secure guaranteed income for life?

Or are they an unethical advisor’s way of fleecing unsuspecting clients by convincing them to move assets from their portfolio into a complicated insurance product plagued by excessive fees?

First, What Is an Annuity?

In the simplest terms, an annuity is an insurance product (that only licensed agents may sell) that guarantees you monthly payments. The payments may start right away (immediate annuity), or in the future (deferred annuity).

There’s a broad range of annuities and possible riders, each with its own specific characteristics, including but not limited to:

The more riders you tack on, and the less risk you’re willing to take, the lower the payments you should expect to receive for a given premium.

After all, the insurer isn’t doing this to take a loss (though, a bit like a casino, they’re willing to lose on some clients, as long as they more than make up for it in higher profits on others).

The point of the above is that with such a broad range of options, there’s no simple answer to the question, “Are annuities financially good or bad?” that would apply to everyone.

When May an Annuity Be a Good Choice for You?

Annuities, picked correctly, are the right choice for some people in some circumstances.

The only way to know for sure if that includes you is to first have a comprehensive financial plan, and then figure if any annuity option offers enough benefits to justify the costs.

These costs include the dollars you pay in premiums of course, but also the opportunity cost of not investing those funds differently and, for many of us, the impact on your eventual estate.

One attractive feature is that the amount invested in an annuity may provide a much higher guaranteed payment than the 4 percent (give or take) you could typically withdraw each year from an at-risk portfolio.

Charles Schwabb has a nifty annuity calculator that shows you approximately what payments you can expect from fixed annuities.

Another option is investing now, but delaying payouts until retirement, say at age 67. In this case, monthly payments are nearly 40 percent higher because the company gets to invest your money and let it grow for seven years.

Here, “joint life only” pays $687 a month, $3/month over “joint life with cash refund” that guarantees to pay out at least your initial $100,000. If you’d rather not lose too much from your payments to guarantee the highest minimum payout, you can pick the latter, even over the “joint-life-with-20-year-certain” option that guarantees at least $156,480 will be paid out no matter what but pays $32/month less.

With the “joint-life-with-cash-refund” option, you’d get $684 a month, which is $8208 a year or 8.2 percent of your initial premium. Note however, that this doesn’t say anything about adjusting for inflation. On the plus side, even if you assume your alternative would be to invest in the stock market for those seven years, and that you’d get a 10 percent annual return (which is far from certain, especially in the coming decade), this $8208 a year would be more than 4 percent of the resulting nominal stock value.

However, once payments cease, your heirs receive the difference between the original premium and the total of all the payments you received, possibly zero. This compared to the stock investment alternative, where drawing 4 percent annually could leave almost $200,000 for your heirs (assuming the above-mentioned far-from-certain 10 percent annual return).

Another way to use a deferred annuity is to delay payments for a much longer time, say until you turn 85.

Retire at age 67, and this allows you to draw more from your portfolio than the ~4 percent “safe draw,”, since the portfolio only needs enable the high draw for 18 years, rather than say 30. Once the annuity kicks in, you can reduce your draw by the payment amounts, helping your portfolio last longer.

If you choose this last, your payments would be $15,096 a year, or 15.1 percent of your initial premium. This is almost four-fold higher than a 4 percent draw, which is nice. However, if you assume the alternative is to invest the money say at a 10 percent annual return (far from guaranteed) rather than stuff it under a mattress, 4 percent of the resulting investment would be $22,240, nearly half again as much as the deferred annuity payments.

The question here would be if you prefer the safety of guaranteed payments, or want to take the risk of investing in an uncertain stock market in the hope of coming out further ahead.

The way you buy the annuity will determine the answer to that question.

If you buy it with pre-tax dollars, your premium reduces your taxable income for that year. However, eventual payments (monthly and/or lump sum) are taxed as regular income in the year they’re paid.

The benefit here is that the annuity may let you defer taxes beyond the IRS contribution limits on IRAs and 401(k) plans.

According to Annuity.org, buying an annuity inside a Roth plan results in tax-free payments. Buying an annuity with after-tax dollars outside of a Roth results in paying no tax on the portion of each payment attributed to the original premium(s), but the remaining portion is taxable.

If you’re setting up an annuity that starts paying before you’re 59½ years old, you may have to pay 10 percent early withdrawal penalties to the IRS.

Signs an Annuity May Be the Right Choice for Your Situation

If all the following are true, your advisor’s advice to purchase an annuity may be legit.

Possible Red Flags an Annuity May Not Be a Good Fit for Your Situation, Despite the Advisor Pushing It

Of course, an advisor may try pushing annuities even if they’re not the best fit for your situation and goals.

The reason could be as benign as it being the only product they sell, so they fall prey to the proverbial, “If all you have in your toolbox is a hammer, pretty soon everything starts looking like a nail.”

While the advisor in this scenario may not be unethical, it increases the risk that an annuity is a poor choice for you.

A less benign possibility is that the advisor may be unethical, placing their financial interest ahead of yours.

Since annuities often pay the agent selling them much higher commissions than what s/he would receive for investing your money in mutual funds, let alone the zero commissions s/he’d receive if you invest in no-load mutual funds, there is a big incentive for agents to push annuities, and the more complicated the better (for the advisor).

For example, say you have $500,000 already invested in mutual funds.

An unscrupulous advisor suggests rolling that amount into new “better” funds that just happen to carry a 4 percent sales load. Agree to this, and the advisor pockets $20,000 of your $500,000, and the funds aren’t likely to perform better (unless you chose even more poorly to begin with).

In the same example, the advisor could steer you to buy a complicated annuity with that $500,000, one that pays him or her an 8 percent commission. Agree to this, and the advisor pockets $40,000 of your money!

Such a massive payday can be a big incentive for advisors with questionable ethics.

To protect yourself, look for any negative reviews and/or disciplinary measures the advisor may have been subjected to.

Even if you find nothing concerning, here are some potential red flags that even if the advisor isn’t unethical, pushing you into an annuity may not be in your best financial interest.

Even if an annuity is right for you, do your due diligence in comparing annuities sold by brokers vs. no-load ones sold by the issuing company.

The latter may require you to do more of your own research, or use a fee-based financial advisor who may receive compensation for sending you to the annuity issuer, but may not be paid a higher commission than for other investment options.

How Do Annuities Compare to Social Security Retirement Benefits?

If you’re American, it’s almost guarnateed that you’re already covered by an annuity-like program - Social Security. The stream of monthly payments from Social Security is similar to those of a deferred annuity.

In fact, a 2017 comparative analysis made an in-depth comparison. The following are a few of the most salient points.

Annuities come in such a wide array of options and choices, that determining which if any is a good fit for you is no mean feat.

Given that an annuity may or may not be good for a specific individual in a specific situation, it’s impossible to make a general statement that annuities are a shrewd financial choice or a terrible financial mistake for everyone.

Since a clear-cut general answer is impossible, the above lays out what factors affect whether or not it’s a good choice for your specific situation, which questions you should ask, what factors may make annuities likelier to be a good fit for you, and what red flags you should watch out for.