Financial mistakes come in all shapes and sizes. It could be spending more than you should on something and paying for it using debt. It could be paying for something you end up not using. Or it could be missing an opportunity for a long time or altogether. For our panel of personal finance authors, our best money decisions were to take a leap of faith and pursuing financial freedom doing something we enjoy. 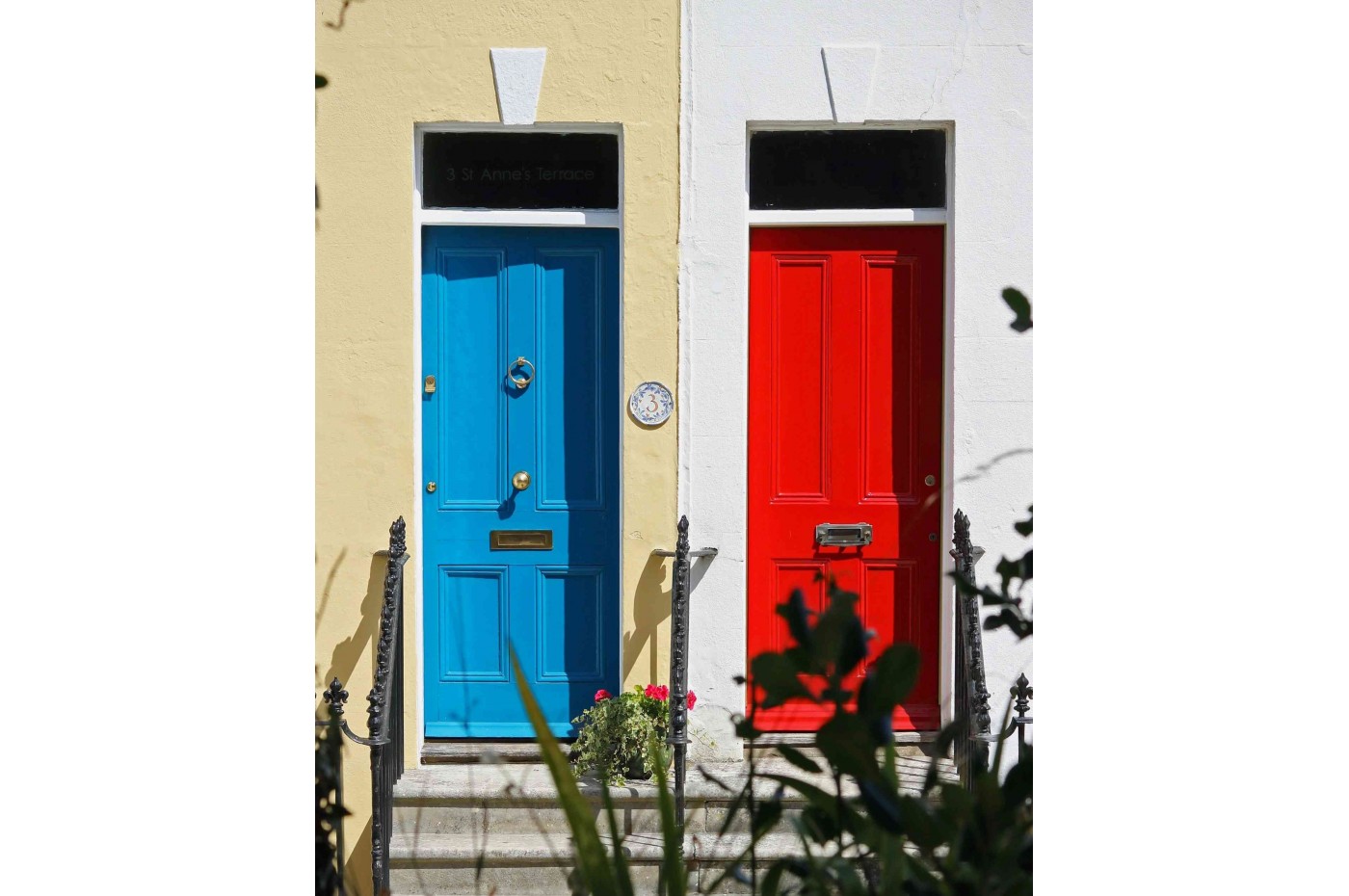 We all have those memories.

The one decision that makes us cringe to this very day. The one other decision we’re incredibly happy to have made.

These worst & best decisions aren’t limited to money decisions, but that’s what we’ll dig into today…

I’m happy to share my own worst-ever financial decision if it helps you avoid making a similar mistake, but I’m even happier to share those made by my colleague personal finance authors.

I’d just moved to the US from overseas with my young family and needed a car to get around. Not having a lot of time to spend scouring newspaper ads (yeah, this was pre-Internet e-commerce), I visited a local used car dealer’s lot.

Imagine my delight when the sales rep I met was from my home country!

Given our shared background and shared mother tongue, I trusted him to help me choose the right car. You know how that turned out right? True to the stereotype, this used car salesman took full advantage of my naivete.

It was everything my previous cars weren’t. It was almost new, powerful, sleek, roomy, comfortable.

It made for a very stressful 5 years of paying it off.

Even better, my disposable income would have increased by $130, which would have probably more than tripled it.

When I asked Charlie for her biggest financial mistake, here’s what she said:

“Going to university. For some people it works, for me it did not and landed me in £12k worth of debt. That's nowhere near as bad as how much it costs now of course (this was back in 2003-2006) but it's still a big old chunk of money I wasted. I coasted my degree, I didn't care and in my particular career, I would have been better off spending that money on more relevant experience that wouldn't have cost half as much.”

Here's my thought on that – higher education offers an opportunity, with a cost. As the PhD advisor of someone I know told her, “As a grad student you think that getting your PhD is a destination. It’s not. It’s just sort of a union card that gives you an opportunity to pursue some jobs.” And if that’s what a university professor thinks of a doctorate, think what he’d say about a bachelor’s degree…

If you’re planning to pursue a career where a degree won’t be much help, consider if it’s worth the enormous price tag, as well as the loss of 4 or more years you could be out working and earning. Then, if your answer is that it is indeed worth it for you, don’t coast. Work at it like it’s actually worth all the time and money you’re investing in it.

Otherwise, like it was for Charlie, it’s a huge waste.

Next up, Ben Le Fort, whose answer to the same question was this:

“Buying a single-family home instead of an owner-occupied multi-family home. If I had done that 5 years ago, I’d basically be FI right now… Ugh…”

Essentially, what Ben is talking about is a form of house hacking. If you’re willing to take the risk and pay for a multi-unit home, and then work on finding good renters and playing landlord, you could reap huge financial benefits.

According to my analysis, unless you catch a major runup in real estate prices (I did, twice!), in the long run, owning a home will cost you money. Of course, renting the same level home will cost you much more, so you know where I stand on the rent vs. buy debate.

However, if you do what Ben wishes he had, you’re really investing in a business that also covers your housing cost, which for most of us is the largest part of our budget…

Finally, we turn to what Jason Clenenden wishes he hadn’t done:

“Waiting until I was in my 30s to learn about investing. I had the basics down (spend less than you earn and invest the rest in low-cost index funds), but I didn't get into real estate and other higher-return assets until later, which cost me time.”

What Jason most regrets isn’t a mistake, but not doing earlier something he got right later…

This, like Ben’s answer, points to a crucial truth about personal finance – sometimes your biggest mistake isn’t doing something wrong, but rather missing an opportunity, or overlooking it for a long time and thus not making as much of it as you could have otherwise.

Now we come to those financial decisions we’re happiest we made… I’ll lead off again.

Since I’m the one writing this, I’ll take shameless advantage and share two good ones…

First, buying my first home in 2000. It was a first step to financial independence, insulating me from rent increases, and allowing me to benefit hugely from a runup in real estate values – in the 5 years I owned it before selling, it doubled in value.

However, while becoming a homeowner was a good decision, the doubling in value over 5 years was the luck of buying in the right place at the right time.

The decision I’m even more proud of was taking a leap of faith and starting my own consulting practice after being laid off. The financial and non-financial rewards this led to are impossible to overstate.

Here’s what Charlie said when I asked her what financial decision she’s happiest she made, and why:

“Selling everything. By selling fixed assets and turning them liquid, I secured my freedom and I can actually use the money I have made, rather than keeping it in assets that can be difficult and expensive to offload. Keeping my money in investments such as stock or crypto rather than what they were in – a house and a business – simply suits my preferred lifestyle.”

You have to admire that free spirit, and the courage of taking such a leap of faith – selling everything and moving abroad for a life most of us dream of but rarely pursue!

“Starting a side hustle doing work I am obsessed with and investing 100% of the profits in low-cost index funds.”

As he expands on in his new book, “The Financial Freedom Equation,” Ben figured out that he doesn’t need to simply build up a huge portfolio and then stop working in order to be happy. He just needs to find something he loves to do that produces extra income, then invest that extra to build up a portfolio that throws off enough money to replace part of his day-job salary.

Over time, that portfolio can replace more and more of his salary, while his side hustle grows too. Then, after as little as 10 years, he can quit his day job because the (no-longer so “side”) side hustle plus the returns from his portfolio are more than his salary brings in.

Jason’s response was this:

“Moving out of my big, expensive house and turning it into a rental. That capital went from making poor rates of return to making very high rates of return, and helped set me up for future success as we kept buying more and more rental houses. This helped me learn to invest at high compounded annual growth rates (> 20%), which has allowed me to increase my assets exponentially over the past decade.”

What Jason did there was similar in a way to what Ben is doing, just using rental real estate instead of online writing.

Jason’s rental properties bring positive cashflow, which means his tenants pay not only for the mortgages on the properties, but also for his other ownership costs, with some excess money coming in each month that helps build his financial portfolio.

I bet that between his rental and index fund portfolios, Jason will reach his financial freedom point pretty soon (if he hasn’t already!).

What we see here is that financial mistakes come in all shapes and sizes. In my case, it was buying something more expensive than I needed using an expensive loan. In Charlie’s case, it was spending time and money on a college education she didn’t need for her chosen career. In both Ben and Jason’s case it was missing an opportunity, or finding it much later than they could have.

As for the best decisions – Charlie is our resident outlier, whose best choice was selling everything and grabbing freedom by the horns. For the rest of us, it was starting a business. Whether consulting like me, online writing like Ben, or starting a (modest) real estate empire like Jason.

The thing we all have in common is that our best decisions involved taking a leap of faith and pursuing financial freedom through something we enjoy doing.