There are many reasons why investing is important, not least of which is that if you never invest you will almost certainly never be able to retire. However, there are also reasons why it's important to start your investing path as early as possible. The blow that delaying another year will deal to your eventual financial wellbeing is impossible to overstate. Here's a brief synopsis of my investing path, mistakes I made, and lessons I learned from those. Especially about the critical importance of your first year investing. 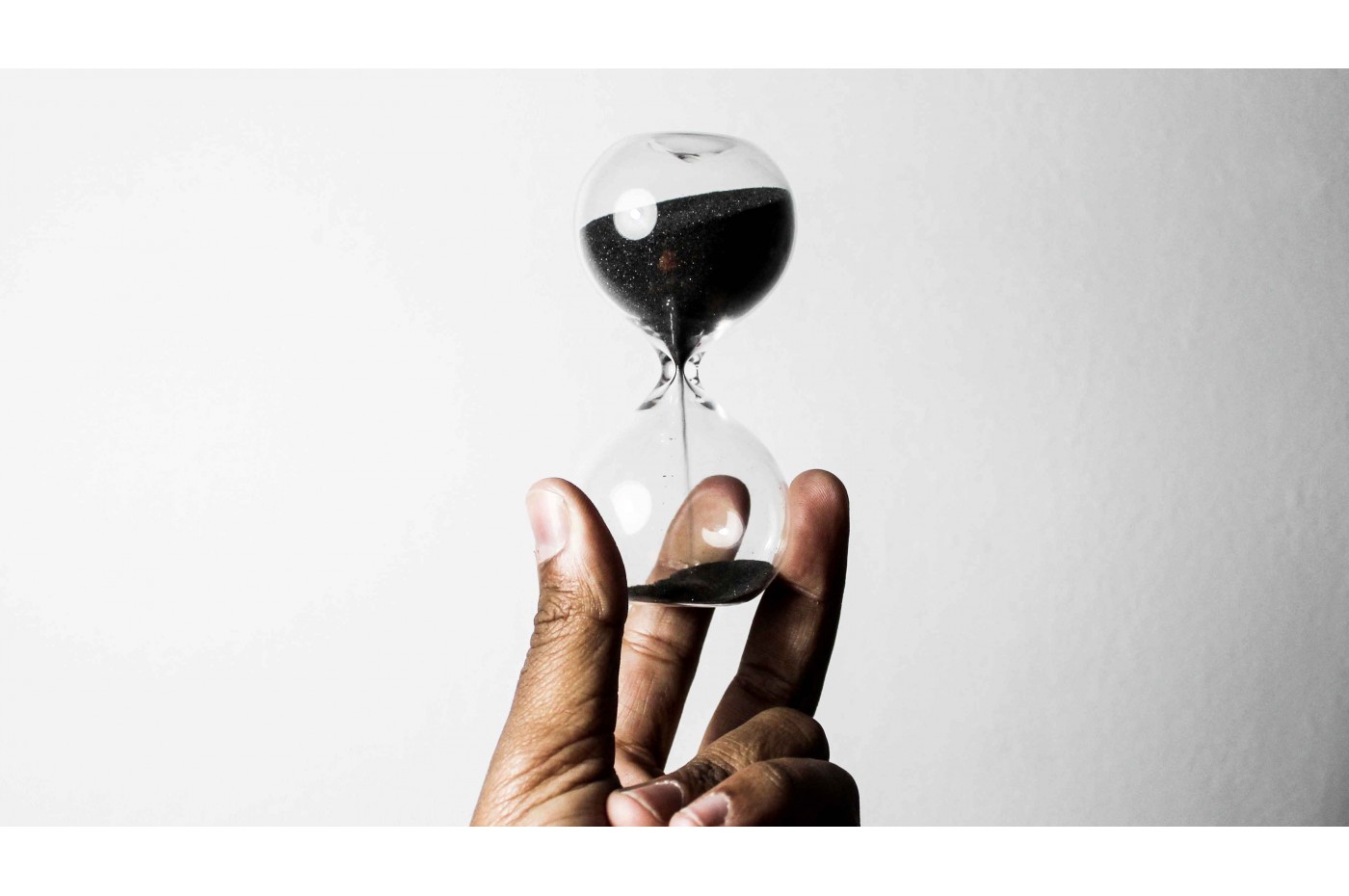 This is a lesson I wish I’d learned much earlier than I did.

It’s not that I didn’t have any investments, but it wasn’t much, I didn’t add to them consistently, and I wasn’t the one managing them.

Before I get to the 5 reasons why your first year investing is the most important you’ll ever have, let me tell you a bit about how my investing experience went. This is important, to show you that I’m not some genius investor who knew from childhood how it’s done. I was just like you, if not worse – clueless.

It’s my path from clueless to successful, and the lessons I learned along the way, that can teach most people far more than any innate wisdom (that I don’t claim to have).

My First Investing Experience, How It Went, and Why I Learned the Wrong Lesson from It

Across the street from my parents’ house lived a partner in a midsized brokerage house. He was (and still is) a great guy, and his son and I have been friends since 3rd grade. Being such a great guy, he was always willing to share his investing expertise at no charge, and both my dad and I just did what he recommended.

At one point, he told us that he didn’t know when it would happen, but he’s expecting bank stocks (which back then everyone in Israel invested in because they kept going up like clockwork, but more on that in a minute…) to take a massive hit.

He recommended we sell half our investments in those stocks and buy dollars instead.

Less than a month later, it came out that banks had been manipulating their own stocks by surreptitiously buying some stock whenever there was a risk the stock prices would decline. The resulting additional demand changed the price drop the market demanded into an incremental increase.

When that came out, the government started an investigation, and bank stocks tumbled by 50%. It so happened that the government also decided to devalue the local currency by 30% overnight.

Had we ignored our friendly neighbor’s advice, we’d have lost 50% of our investments. Having followed it, we lost only 4%. Then, through a unique government intervention, we were able to recover the 50% loss of our remaining bank stock stake by promising to not sell for 7 years. As a result, we ended up making over 40% instead of just breaking even (by keeping our portfolios frozen for 7 years).

When your investments suffer a major loss, that’s the market signaling that you need to learn something important about investing. It may be as simple as a reminder of the risks inherent in investing, or it may have to do with insufficient diversification, unreasonable allocations, gambling on high-risk assets instead of investing, etc.

My first experience with a massive crash of my investments had me saved by extremely timely advice from someone who lived and breathed investing. That kept me financially whole, but taught me the wrong lesson.

When you’re kept safe from losses, and instead come out ahead, you learn the wrong lesson. You start believing the markets are safer than they really are, that your crazy bets paying off means you’re somehow smarter than everyone else, or some other equally dangerous belief.

It was almost a decade later, in my early 30s, that an opportune conversation with a colleague led me to realize that I need to start investing again, this time for an eventual ability to retire. Since I was 10,000 miles away from my parents’ neighbor, and investing in a different country, I needed to teach myself how to pick my investments.

I did teach myself by reading about mutual funds for a whole afternoon. Then I picked a high-flying mutual fund. Things went really well, until a few years later they didn’t.

That finally taught me the lesson I missed all those years earlier.

Life Experience Is a Harsh but Effective School

After that, I did a lot more reading, from many different sources, over many weeks, and learned much more and much better.

This time, I picked more diversified funds that weren’t high-flying darlings. These weren’t like the proverbial hare, but more like his nemesis the tortoise.

Many years later I can say I learned my lesson well.

As I wrote elsewhere, I tried my hand at picking individual stocks, and didn’t fare so well. However, this time I only bet a small fraction of my portfolio on the notion that I could do better than the pros who manage good mutual funds.

Good thing, because I lagged the S&P 500, whereas my mutual fund picks usually beat the index. Another harsh lesson that taught me that picking winning pros is easier than beating them.

I also learned that the best way to build wealth is to increase your income as much as possible, and to invest at least half of each increase in your income.

If you haven’t started investing yet, you need to start. Immediately, if not before.

As the saying goes, the right time to plant a tree for lumber you need now is 20 years ago, but if you failed to plant it then, no starting time will ever be better than now.

It’s a given that your portfolio will be smallest when you just start investing.

That’s good, because it means that if you lose 50% of its value, or even 100%, that’s a relatively small price to pay for the lesson it will teach you (unless your circumstances prevent it, like mine did). Losing half of $10,000 is a lot less painful than losing half of $500,000.

Say you can set aside and invest $10,000 this year. Or you could instead spend that money, and start investing next year.

Thus, the cost of not investing $10,000 this year could be many hundreds of thousands of dollars!!!

To start investing this year will require you to spend less than you earn, so you have something left over to invest. That’s a great start to developing good financial habits.

This is a great way to implement that wise advice from George S. Clason’s 1926 personal finance classic, “The Richest Man in Babylon” – pay yourself first.

Reason #4: The Comfort of Having Reserves

When I guided one of my clients to increase her rates, she balked.

She continued to exercise her prerogative of not following my advice for several months. Naturally, her results stayed as they had been before.

Then, she implemented what I suggested. As expected, and as I cautioned her would happen in the short term, her revenue dropped for 2-3 months. Fast forward another 3-4 months, and it rebounded and increased to the point that her per-session profit was over 90% higher than it had been.

She would have been far less spooked by the short-term dip in revenue, if she had a large financial reserve set aside. Starting investing early would have provided such a reserve.

The most important benefit of an emergency fund, or investment reserves, is of course the ability to weather financial storms. However, even when it’s proverbially smooth sailing, such reserves give you the comfort and ease of mind you’ll need to take appropriate risks without balking.

Related to several of the above, when you spend less than you earn and invest the difference, when you learn how to invest with appropriate levels of risk, when you see your reserves growing, all these signal to you that you’re doing a great job managing your finances.

That experience is a great confidence builder.

It’s a major part of learning how to be an independent, successful adult.

There are many reasons why investing is important, not least of which is that if you never invest you will almost certainly never be able to retire.

However, there are also several reasons, as detailed above, why starting your investing path as early as possible is important. That first year investing will be the foundation on which your eventual wealth gets built.

If you haven’t started yet, start now.

If you can’t start now, find a way to start tomorrow or next week or next month. But don’t let another year go by. The blow that would deal to your eventual financial wellbeing is impossible to overstate.