After working a lifetime to build your nest egg, RMDs may force you to deplete your tax-advantaged retirement plans faster than you need or want. There are at least 7 ways to reduce or delay your RMDs, but most throw out the baby with the bathwater. Instead, here's an innovative approach that lets owners of small businesses legally sidestep RMDs for as long as they want. In some cases, it could help workers who don't own the business.

Innovative Way to Save Money by Legally Avoiding 401k RMDs 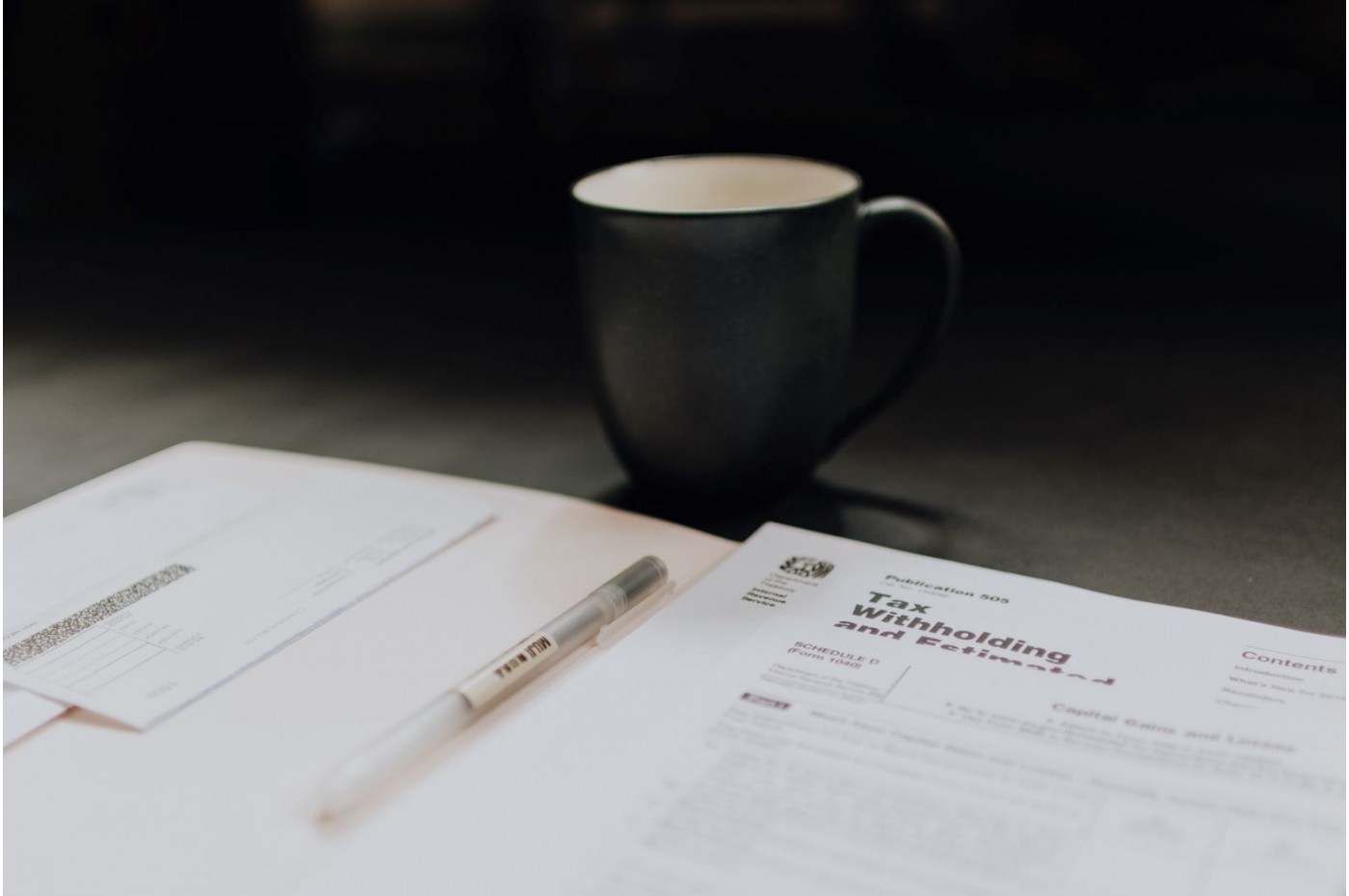 It’s hard to think of a more reviled aspect of our government.

When I first met him, a friend was diffident responding when I asked what he does — he’s an IRS attorney… Needless to say, I don’t hold that against him. As I told him, I know taxes fund everything the government does, from highways and bridges to national defense, etc.

He was visibly relieved.

However, as much as I understand and accept that taxes are necessary, that doesn’t mean I like paying more than I need to.

And I don’t think I’m alone in that.

Should We Pay More Taxes than the Minimum Required?

Some people think everyone (who makes more than they do) should pay as much as possible in taxes.

Everyone is eager to do away with tax breaks that don’t help them personally.

You get the idea, right?

However you feel about any of these points (or any number of others) about how the tax code should be changed, there’s one thing few would disagree with… Judge Learned Hand said it best 88 years ago:

“Any one may so arrange his affairs that his taxes shall be as low as possible; he is not bound to choose that pattern which will best pay the Treasury; there is not even a patriotic duty to increase one’s taxes.” Gregory v. Helvering, 69 F.2d 809, 810 (2d Cir. 1934)

The US Tax Code Is Complicated!

The US tax code is famously long and complicated.

The Tax Foundation estimated in 2014 that the code, along with IRS regulations and case law came to a staggering 70,000 pages! There’s little doubt that number continued to increase in the last 8 years.

They also quoted the National Taxpayer Advocate as having stated the tax code changed on average about once a day from 2001 to 2012. I wouldn’t bet the rate of changes decreased much since.

This complexity makes filing a tax return an annual ordeal for most, even those of us who hire accountants to prepare our tax returns.

But in one aspect, this complexity can be a good thing.

If you’re creative enough, you can find wording in the tax code that lets you arrange your affairs such that your taxes are lower, to paraphrase Judge Learned Hand.

To encourage us to save for retirement, Congress put into the tax code many options for deferring taxes on such savings.

Traditional IRAs, SEP IRAs, SIMPLE IRAs, 401(k) plans, 403(b) plans, etc. all let you take money from your current wage income and set it aside before taxes, reducing your current tax liability. Instead, you pay taxes on withdrawals in retirement, when you actually want to use the money.

The problem Congress then faced was that the wealthy could set aside the most money, and may never need to withdraw it. They can simply live off their taxable investment income.

Then, they can leave the full, untaxed amounts in the plans to their kids, who may also not need it, potentially deferring taxes for generations (at least until the SECURE act required heirs to drain inherited accounts within 10 years of the bequest).

To make sure Uncle Sam gets his bite sooner rather than later, Congress set up the so-called Required Minimum Distribution (RMD), that applies to nearly every tax-advantaged plan out there (notable exception is the Roth IRA).

Whether they need the money or not, retirees are forced to take out of their retirement plans (and pay taxes on) an ever-growing portion of their balances each year, starting the year after they turn 72.

Don’t take out your full RMD, and you’re penalized a hefty 50% (!) of every dollar you failed to withdraw.

The IRS offers several tables that tell you your RMD percentage for your age. The so-called Uniform Lifetime Table (see below) applies to most taxpayers.

As you can see, when you’re 72, you have to withdraw and pay taxes on 3.65% of your retirement plan balances.

Considering that good retirement planning has you withdraw no more than 4% of your portfolio to fund your retirement expenses, from age 75 and on RMDs force you to draw more than you should, so the tax man can get his cut.

Worse, on average retirees spend 1% less each year in retirement, so beyond the ever-increasing bite of the RMD, the expenses you need to fund shrink, adding insult to injury.

Say you’ve been fairly successful throughout your career, and between your 401(k) and IRAs, you have $4 million. You’re also appropriately careful about your spending, so you live on $150k a year in retirement.

That means that when you retired, at age 67, you lived on 3.75% of your $4 million balance, allowing your nest egg to continue growing, while delaying Social Security benefits until age 70.

At 70, Social Security started paying you and your spouse a total of $70k a year, near the maximum possible benefit. With that, you reduced your draw from your retirement accounts to the $75.5k you needed beyond Social Security (your spending having decreased 3% from what it was).

Then you turned 72, your retirement portfolio reached $4.2 million, while your expenses dropped by 2% more, to $143k.

However, now you’re subject to the RMD, which forces you to draw 3.65% of your $4.2 million, or over $153k. Counting your $70k in Social Security benefits (we’re neglecting inflation in all this), your forced draw is $80k a year more than you need to cover your retirement expenses.

As a result, you’re taxed an extra $24k that year (assuming a combined marginal tax rate of 30%).

That extra $168k draw forces you to pay over $50k in excess taxes, and you’re well aware the problem will only worsen…

7 Well-Known Ways to Sidestep the RMD

Now, going back in time to when you’re still in your accumulation phase. You ask your financial advisor how to sidestep or at least reduce your eventual RMDs. He lists 7 ways:

As you can see, most of these “solutions” are worse than the problem you’re trying to solve, and the rest are of limited use.

As mentioned above, if you own 100% of your business that most promising 7th method won’t help you.

What if you’re ready to call it a career before age 72?

You find a buyer for your business and sell at least 95% of it.

Now that you no longer own over 5%, your 401(k) balance at what used to be your business isn’t subject to RMDs, as long as you stay on payroll. You could even make retaining you as an employee a requirement of the sales contract.

There are a few hoops to jump through…

Interestingly, my accountant says there’s no requirement on how many hours you work, your hourly pay, or what work you do. It could be 10 hours a month at minimum wage for, say, reviewing documents. You just need to remain on the payroll and continue to participate in the 401(k).

Even more interesting, before you sell your business, you can make sure your 401(k) allows you to roll over other tax-deferred retirement plans into it. Then, roll all your traditional IRAs into the RMD-proofed 401(k).

Now, your withdrawals are dictated solely by your spending needs, dramatically reducing your tax bills late in life.

If you don’t own >5% of your employer (and especially if you own none of it), and they don’t have a set retirement age, being friendly with the owner may offer a surprise benefit (beyond being treated well at work).

Ask her to keep you on payroll at minimal hours and minimum wage, so you can delay your RMDs.

Here too, you may be able to roll over your IRAs into the company’s 401(k). The obvious limitation is that at some point your contribution to the company will stop being worth even this minimal cost, and they’ll let you go.

But if you own, say, 1% of the company, they may overlook your decline…

RMDs may force you to deplete your tax-advantaged retirement plans faster than you may need or want.

There are at least 7 ways to reduce or delay your RMDs, but most throw out the baby with the bathwater.

The above shows an innovative approach to the one RMD exception that’s actually helpful, that lets owners of small businesses legally sidestep RMDs for as long as they want, if they’re planning to sell their business anyway.