Feeling rich has much less to do with your objective wealth than you might imagine. You can reach this feeling by bringing balance to the different domains of your life, and by staying present to what you have and feeling grateful for it. You also need to accept that as much as comparing yourself to others around you can inspire you to work harder and improve your objective lot, it comes with a price of dissatisfaction and emotional pain, so don’t overdo it. These and several other mindset factors are what's missing for you to feel rich, even if you're not wealthy by most "objective" criteria.

The Real Reason You Never Feel Rich, and How to Think Differently 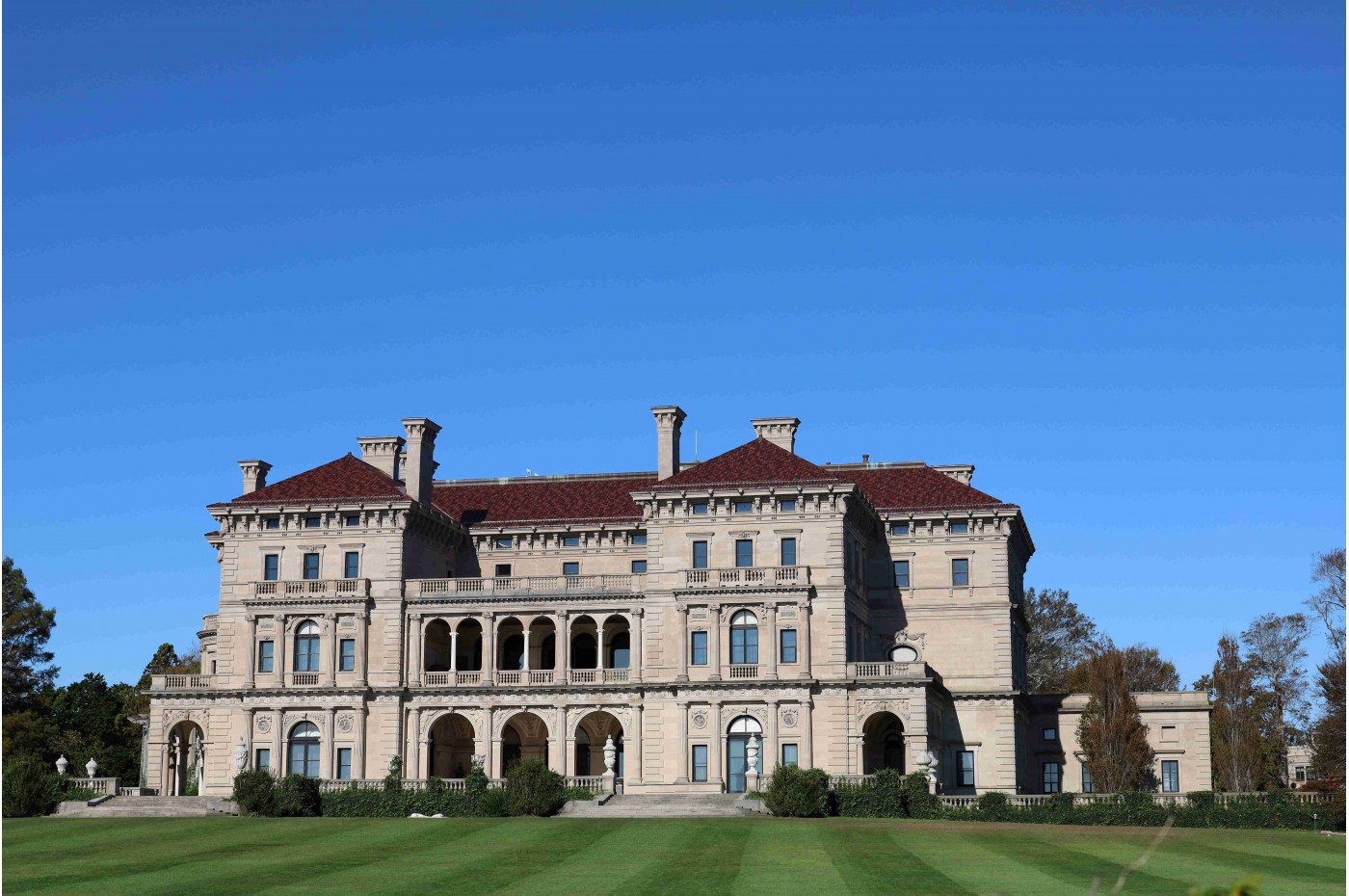 We were on our way to our first week-long vacation in a long time.

With the Covid Delta Variant around, we chose a destination within driving distance, albeit a long drive.

To pass the time, my wife put on for us an episode of Shankar Vedantam’s “Hidden Brain,” titled “Why Nobody Feels Rich: The Psychology Of Inequality.” In the podcast, Vendantam interviews Keith Payne, a social psychologist at the University of North Carolina at Chapel Hill.

I found the interview utterly fascinating, especially due to my own life experience.

I Never Felt Rich, Until…

When I first moved to the US, I was 30, with a wife and 2 young kids, a $31k salary, and a negative net worth. It probably wouldn’t shock you to hear that I didn’t feel rich.

Over the following 18 years, my net worth went over the national median for my age group and my income reached an even higher percentile for my age group. But still, I didn’t feel rich.

Then I started my own business, and things improved dramatically. My income and net worth both soared higher than I ever expected. And still, looking at so many colleagues and friends who seemed far wealthier, I didn’t feel rich.

I looked at the numbers and realized we could actually afford our dream home (no, not the one in the picture above – ours is great, but nowhere near that palatial).

We took the plunge and bought it.

After a few months of figuratively pinching ourselves, realizing we were actually living our dream, and feeling immense gratitude for it, things shifted.

In the Hidden Brain episode, Payne talks about how we see ourselves on a rung of a ladder, with some people on rungs below us and others on rungs above.

Focusing on those below, we feel more content, but aren’t as motivated to climb higher. Concentrating on those above, we experience emotional pain, but may feel inspired and motivated to do better.

So, who should you compare yourself to?

If you compare your net worth to everyone in the world, you’d be shocked. I was.

If you’re in the American middle class, this should make you feel rich.

According to dqydj.com’s US net worth calculator, the world median of $7552 would place you at the 21st percentile in the US, with 79% of Americans richer than you. The $129,624 that marks the 90th percentile worldwide would make you richer than just over half of Americans.

Does that make you feel rich? I doubt it.

Face it. You care a heck of a lot more about where you stand relative to those you see around you rather than those you never see.

According to research reported in 2016 by K.A. DeCellesa and M.I. Norton, titled “Physical and situational inequality on airplanes predicts air rage,” people in coach class were nearly 4 times more likely to misbehave on a plane if the flight included first class seating than if it had coach only, equivalent to nearly a 9.5-hour flight delay!

In flights with both first class and coach, boarding coach passengers from the front of the plane, where they can see how much better off others on the flight are, more than doubled the likelihood of air-rage incidents in coach compared to boarding from the middle of the plane!

Having somebody else’s much better fortune rubbed in your face hurts much more than the general knowledge that inequality exists.

Incredibly, Most of Us Would Hurt Ourselves If It Let Us Hurt Others More

If you could pay to “burn” some or all of other people’s wealth, would you?

According to research from D. Zizzo and A. Oswald reported in 2020 in Annales d'Economie et de Statistique, most people care a lot more about doing better than others than they care about how well they’re doing objectively.

So much so, that most would willingly pay out of their own pocket to reduce the wealth of others by more than they themselves would lose!

Zizzo and Oswald write, “Subjects… are anonymously allowed to eliminate part or the whole of other subjects' money. To do this, they have to pay a price (that is, give up some of their own cash for each dollar of other people’s money that they destroy) … Two thirds of our subjects spend their own money to hurt other people. Our experiment measures the dark side of human nature… Burning does not decline much with price until we get to a price of 0.25 (that is, when I have to give up a quarter to burn away one of your dollars)” (bold emphasis is mine).

I suspect this has to do with us being hardwired to compete with those around us. Even if we suffer, having others near us suffering more makes us feel better off. Outdoing them, we feel successful, even if we’re objectively less well off.

As Dutch philosopher and theologian Desiderius Erasmus said, “In the land of the blind, the one-eyed man is king.”

If you could put out both eyes of everyone else at the cost of ONE of your own eyes, you’d be objectively harming yourself, but gaining an immense competitive advantage. Setting aside for the sake of argument the overwhelming ethical problem of such an action (and the retaliation you’d suffer if anyone found out…), it would be an advantageous move to make.

However, even if you climb to a higher rung of the ladder (or force others to drop to rungs below you), you still won’t necessarily feel rich.

No. That requires something completely different. A change in mindset.

How to Think Differently and Feel Rich

Eric Sinoway writes in the Harvard Business Review, “Howard [Stevenson] and I have identified seven [dimensions of life]: Family (parents, children, siblings, in-laws, and so on); Social and community (friendships and community engagement); Spiritual (religion, philosophy, or emotional outlook); Physical (health and well-being); Material (physical environment and possessions); Avocational (hobbies and other nonprofessional activities); Career (both short- and long-term perspectives)…” (bold emphases are mine).

Concentrating on just the material, or even the material and career, to the exclusion of all else leads to dissatisfaction, a feeling of something being missing and out of balance. And if you’re feeling like something is missing, you’re very unlikely to ever feel rich.

With this in mind, here are the things I’ve identified that helped me make that shift into feeling rich.

In the spiritual dimension, gratitude. If you concentrate on being thankful for what you have, you start feeling rich. Seeing the palatial mansion pictured above, rather than feeling badly because it’s so much larger and grander than our home, I felt grateful that someone built something so beautiful for me to see.

This was only possible because I started from a place of gratitude for living in a home we love and enjoy.

In the family dimension, I live with an amazing woman, and have three amazing children (and two rescue dogs). I’m working hard to be my best self in relation to all of them.

In the social and community domain, we do our best to get together with friends as often as the pandemic allows us.

In the physical, we both stay active, trying to do some form of strenuous physical activity at least 4-5 times a week.

The material and career parts are obvious. My wife and I each have our solo businesses (more than one each, actually). These allow us to experience satisfaction in both these domains.

As for the avocational part, I enjoy photography (see the above photo, for example), painting, writing, and reading. Engaging in these brings more richness to my life.

Beyond all these, I learned to accept with equanimity that I’ll never be the richest in the world, or the US, or Maryland, or my county, or even my town. Given that I can never get to the top spot, I no longer feel the need to amass ever more fortune. Now that I can predictably get to my own “enough” point in a few years, I’m content.

That was the realization I reached a few months after we moved into our current home. It was the trigger to finally feeling rich.

A last important factor is optimism.

I recently read a piece from Ben Le Fort, “To Mentally Survive the End of the Pandemic, I’m Learning to Become More Pessimistic” where he writes, “I’ve decided to embrace stoicism. The first lesson I learned when researching how to practice stoicism is to embrace pessimism. To my surprise, pessimism has helped alleviate much (not all) of the frustration and rage I have felt during the pandemic.”

Much as I like Le Fort and appreciate his take on many things, I disagree with this one.

In my experience, optimism helps you feel good about yourself, your situation, and your future. These, in turn, make it easier to feel abundance and wealth.

However, when you look at the world with optimism (not unbridled and unlimited optimism, but just enough of it), you’re more likely to notice opportunities coming your way, which lets you take advantage of them.

Such a positive experience can lead to gratitude, which in turn can lead to feeling rich.

Feeling rich has much less to do with your objective wealth than you might imagine.

You can reach this feeling by bringing balance to the different domains of your life, and by staying present to what you have and feeling grateful for it.

You also need to accept that as much as comparing yourself to others around you can inspire you to work harder and improve your objective lot, it comes with a price of dissatisfaction and emotional pain, so don’t overdo it.

Finally, while pessimism and optimism won’t change what happens to you, the latter is a more pleasant experience, and makes you more likely to see opportunity when it comes by.

“There is one thing optimists and pessimists can agree on. Optimists believe we live in the best of all possible worlds. Pessimists are afraid they’re right.”

Both look at the same world, but their experience of that shared reality is far different.

Which experience do you think would help you feel rich, without changing your objective circumstances?