Too many Americans forget old 401(k) Plans, while too many others cash them out. Both are bad mistakes (in most cases). If you're leaving your current job and have a balance in your 401(k) account, you need to make an informed decision as to what you want to do with it. Here are your 4 options, with the pros and cons of each, and other important details to consider. 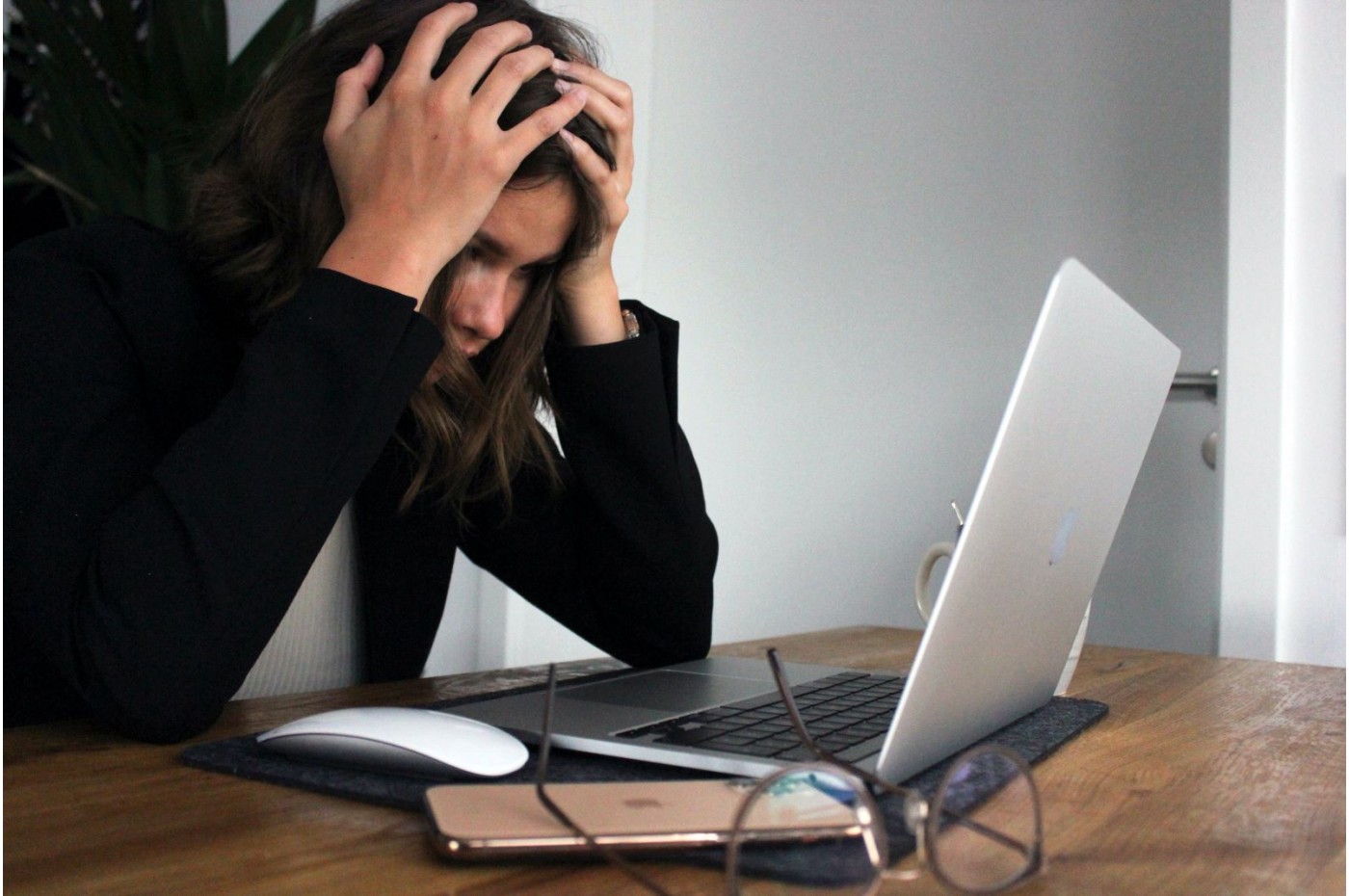 After a long time contemplating it, I finally pulled the trigger.

I gave my supervisor my resignation letter. It was past time to go elsewhere. It was probably the second-best professional move I ever made. The best one was what I did a couple of years later, when my new employer decided to lay me off.

Then, realizing job security was a myth in today’s world, rather than look for another job, I started my own small business. That led to the success I’ve experienced for the past 12½ years.

As great as that journey was, I want to concentrate here on one aspect in common to both job changes.

In both cases I had to decide what to do with my retirement plan balances. In the first case it was a 403(b) plan, like a 401(k) for non-profits and certain government entities. In the second, it was an actual 401(k).

In both cases I made the same choice. I’ll spill the beans in a bit, but first let’s see what options are available for anyone in a similar situation.

If you’re quitting, like I did that first time, or suffering a lay-off like my second time, you have either 3 or 4 options, depending on your account balance.

So, which should you choose?

Unfortunately, there’s no answer that’s right for everyone. As I like to say, personal finance is just that — personal. What’s right for me now may not be right for you, and may even be wrong for me at a different time.

Below we’ll look at the pros and cons of each option, so you can make an informed decision.

But first, note that if your balance is under $1000, your old employer may simply make the choice for you, withholding 20% toward your possible tax liability and sending you a check for the rest.

See below for more details of what that could mean.

If your balance is over $1000 but less than their threshold for allowing the money to stay in the plan (typically $5000), your old employer must give you at least 30 days’ notice about your right to withdraw the balance.

If you fail to respond, they will most likely establish a rollover IRA for you.

Pros and Cons of Leaving the Money Where It Is

What may be the pros of leaving the money in the old plan?

What may be the cons of leaving it there?

As you can see, there are plenty of potential arguments for both sides. For some people this may make the most sense, while for others it would be less than optimal.

What may be the pros of rolling the money over to the new plan?

What may be the cons of rolling over into the new plan?

A word on how you do the rollover

The latter is generally a bad idea.

The law requires your old employer to withhold 20% of your balance in case you owe taxes, and you won’t get that back (if at all) until you file your tax return the following year and get a refund.

Despite this, you’ll only have 60 days to deposit the full amount into the new plan, including that missing 20%. If you can’t come up with the extra cash, you’ll suffer three consequences:

If you have an urgent and temporary need for some money, explore other options such as a 401(k) loan from the new plan, or any other plausible short-term solution.

Use indirect rollovers only if there are literally no better options.

A word on another possible decision

Another decision you may need to make when doing a rollover is whether to choose a Roth option if your new employer’s plan has that available.

If your original plan was a Roth and the new plan has no Roth option, you’re almost definitely better off doing the rollover into an existing Roth IRA (see below).

This preserves the tax-free nature of your money, and if the IRA has been open for more than 5 years, you may be able to access all your contributions tax- and penalty-free.

Note however that making even such a “free” withdrawal still robs your future self of irreplaceable resources in retirement.

If your old plan wasn’t a Roth and the new one offers a Roth option, you may be able to convert your existing balance into a Roth. However, come tax time you’ll need to pay taxes on the converted amount as if it was current income.

What may be the pros of rolling the money over to into an IRA?

What may be the pros of rolling the money over to into an IRA?

Again, if you choose this option, a direct rollover is almost always your best option.

If your old plan was a Roth, you can (and should) do the rollover into a Roth IRA to preserve its tax-free status.

If you do this, it’s best to roll it over into an existing Roth IRA if you have one, since the 5-year clock until you can withdraw contributions tax- and penalty-free has already been ticking for a while, potentially past the 5-year mark.

If your old plan wasn’t a Roth, you may still want to consider converting it by rolling over into a Roth IRA, especially if you expect your income to be lower than usual this year, especially if this places you in a lower tax bracket.

Pros and Cons of Simply Withdrawing the Money

This time, let’s start with the cons, because they’re overwhelming

More than 8 in 10 young employees who leave their job simply cash out their old 401(k) balances, especially when the balances are relatively small.

In most cases, this is foolish in the extreme.

Not a super-smart choice in most cases.

Cases where you might need to do this anyway, and how to minimize the damage

If you absolutely must take the money to cover an emergency (think serious medical problems; extended loss of income; having your home destroyed, e.g., by fire or tornado; etc.), you can do so.

If this is your situation, here are your three steps:

A Note on Vesting

When I left employment, both times, I was fortunate enough that my employers’ plans were set up such that all employer contributions vested immediately.

This isn’t true in all, or even most cases.

Most employers follow either a gradual vesting schedule, where employer contributions become yours in steps over time, or a deferred “cliff” vesting, where it become yours all at once after a certain length of employment.

Talk with your old employer’s Human Resources Department to find out the details in your case, so you aren’t blindsided when you get significantly less out of your old 401(k) plan than what your most recent statement showed.

What Happens if You Took Out a 401(k) Loan from Your Old Plan?

It used to be that if you had an outstanding balance on a 401(k) loan and left employment, you had very little time to pay it all back, or the remaining balance would become a de-facto early withdrawal, with all the negative consequences mentioned above.

Following the 2017 “Tax Cuts and Jobs Act,” if you took out a 401(k) loan from your old plan and are leaving employment for any reason before paying it all back, you can continue making payments to a rollover IRA.

This new tax law gives you until your tax filing deadline (including all extensions) to finish paying back the loan in full before considering the unpaid balance an early withdrawal, subject to all the consequences of such a withdrawal.

Having a balance in an old employer’s 401(k) plan is, obviously, better than not having it.

If it does exist, you need to choose whether to keep it there (subject to a minimum-balance requirement), roll it over into your new employer’s 401(k) plan or into an IRA, or potentially cashing it out.

In the above, you can see the pros and cons of each option, as well as some other relevant details.

Given how significant the consequences may be, you should contact your accountant and/or financial planner to make the most well-informed decision you can.

And now I’ll finally share what I did in both cases. I did a direct rollover into traditional IRAs. Since then, the money in these rollover accounts has grown 4-fold. Not too shabby, wouldn’t you agree?