Knowing how much you really need to save for retirement is far from simple, and a “rule” like 10x income is woefully oversimplified. If you want to have a decent estimate, here's a 5-point roadmap to figure out your own personalized answer. If you’re too far from retirement (or don’t trust your financial literacy), consider hiring a fee-only financial planner, or at least using the more-nuanced estimates from JP Morgan or T. Rowe Price. Regardless of the answer you arrive at, try to lead a balanced life, where you spend enough to enjoy your present, while saving and investing enough for your future self. Finally, know that the majority of Americans fail to achieve 10x income by retirement age (let alone more than that even if they need it). Don’t let that be you. Start saving and investing as soon as you can.

Simple Rules, False Comfort – How Much Do You Really Need? 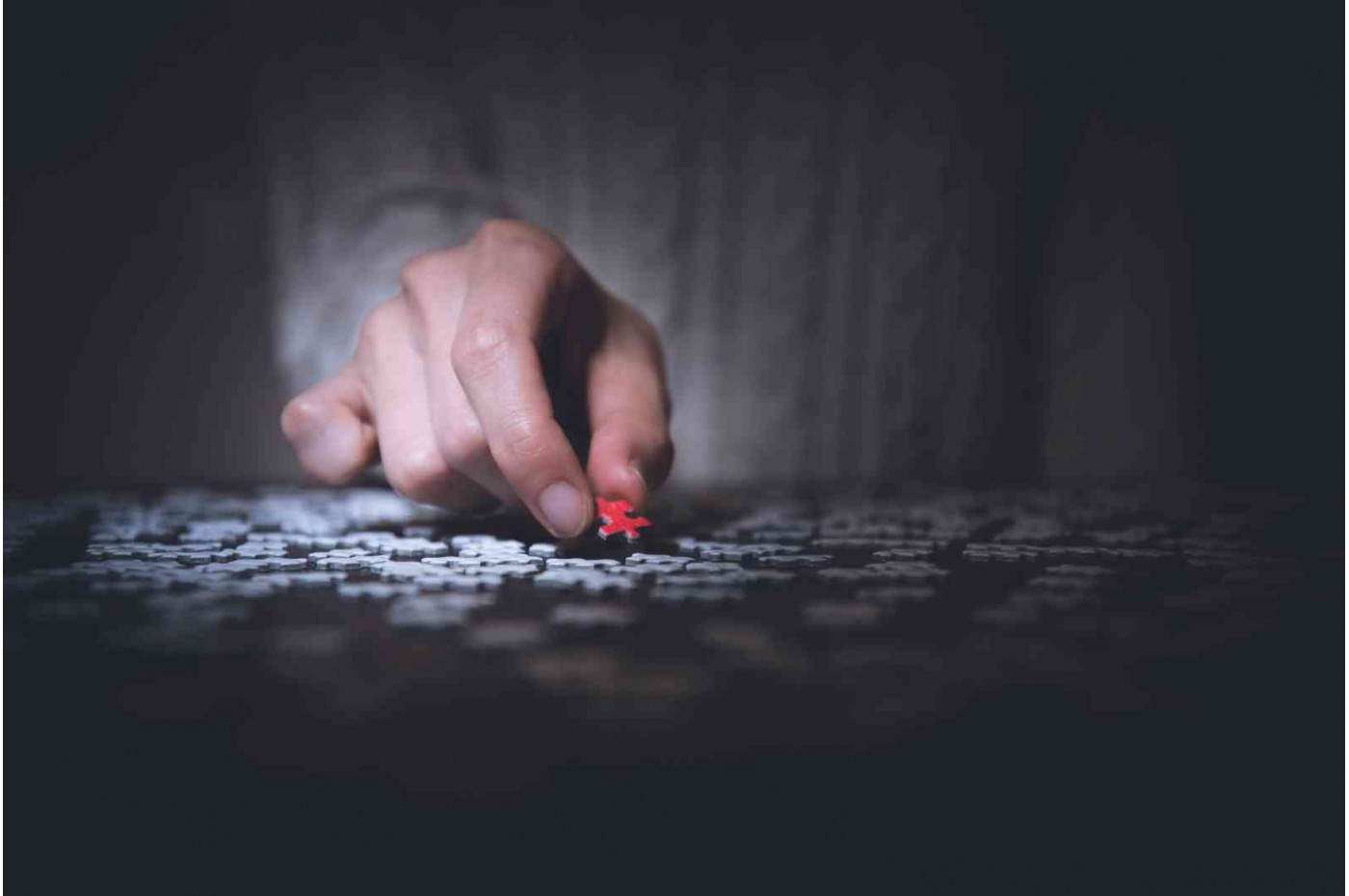 We all love simple rules, don’t we?

They help us feel more control in a complex world where we have so little control over our circumstances.

Go to college, get a degree, get a job, work hard for several decades, then retire comfortably. Sounds so straightforward, yet how many who try to follow that “simple” rule succeed?

Then there are even simpler (so-called) rules:

How Much Money Are You Told You Need for Retirement?

This question is ripe for over-simplified answers that steer many people wrong.

Here’s a handful of examples.

As you can see, these 9 sources give a range of suggestions, from 8x income to 14x income. That’s a pretty wide range, with no insight into which is right for you, why, or why not.

Then, there are a couple who provide more nuanced guidance…

Investor’s Business Daily quotes JP Morgan, giving a wide range of 7.5-16x income, where the table below breaks it down by age and household income (I highlighted in bold red the numbers for age 65).

T. Rowe Price gives nearly as wide a range, 7.5-14x income, breaking it down by age, household income, and household type (where I again highlighted in bold red the numbers for age 65).

It’s nice to have two resources with nuanced guidance.

Unfortunately, when we compare their recommendations, we find discrepancies:

So, who’s right? Morgan? Price? Neither?

How Do They Come up with These “Rules” Anyway?

As Albert Einstein admonished, we should simplify all problems as far as possible, but no further!

The problem here is that all the above are trying to simplify a complicated question, and to a greater or lesser extent, all of them oversimplify. As a result, you may think you need to save 8x income or even less, and be falsely comforted, or think you need 16x income and be overly concerned.

Here’s the thought process that lies behind these oversimplified “rules.”

Yes, but is it accurate?

Here’s where these three simple points may run afoul of reality:

How Much Money Do You Really Need to Save for Retirement? A 5-Point Roadmap

Here are the 5 things you need to know to be able to answer that question:

As you can see, none of these questions is easy or simple to answer in general terms.

If you’re many years from retirement, answering this accurately is simply not practical.

You must make (over)simplified assumptions (e.g., 80% of your income), but know this is a poor approximation that you’ll need to revisit periodically as your income changes, and as you get closer to retirement age and your spending patterns get closer to what they will be post-work.

Once you’re close to retirement, put together a plausible retirement budget, then “test run” it for at least a year to see if it’s workable for you.

However, remember that in retirement, some budget items will reduce or go away (e.g., work-related costs, saving for retirement, etc.), while others will increase, possibly in a significant way (e.g., health-related costs, travel, gifts, etc.). Make sure your test-run budget accounts for these changes.

According to fool.com, Social Security replaces about 53% of income for low earners, 40% for medium earners, 33% for high earners, and 26% for those earning the maximum taxable earnings.

None of that matters here.

Instead, go to the horse’s mouth and ask the Social Security Administration. They have a nice portal where you can create your own Social Security account and get an estimate of your personalized expected benefits. Use this resource to estimate how much of your retirement budget those benefits will cover.

Don’t forget to figure in your spouse’s benefits (if any).

Hopefully, you have more than Social Security to look forward to, or you’ll probably suffer poverty in retirement. These may include:

Whatever these sources, estimate how much each is likely to provide annually once you retire. Ideally, this should be more than enough to cover the gap between your retirement budget and your Social Security benefits.

First, you need to decide where you’re likely to live in retirement.

If you’re planning to move away from your current location, ask a friendly CPA whether the state where you currently reside tries to tax retirement income of residents who move away, and if so, how successful they are at forcing the issue.

Assuming you don’t move, or they won’t try to follow your money (or at least won’t succeed), ask the CPA (or use tax software) to figure out what your federal, state, and local income taxes will be, based on your Social Security benefits and the mix of other sources you’ll use to cover the gap to your desired retirement budget.

This is important and less than simple, because some sources will be tax-free (Roth accounts), some partially taxed (Social Security benefits), some taxed at preferred rates (long-term capital gains), and some taxed at higher rates (traditional retirement accounts and returns on taxable accounts).

Now, add enough to your retirement budget to cover those taxes.

Here too, there’s more than meets the eye.

Much has been said and written about the so-called 4% rule, which guides you to multiply by 25 the amount you need your portfolio to cover in the first year of your retirement (so the drawdown is 4% of your initial portfolio size).

This 4% rule is based on research from the 1990s as to the size portfolio split between stocks and bonds that would have survived the worst 30-year period without running out, where in the second year of retirement and each year thereafter the annual draw was modified to account for inflation.

However, recent research expects returns to be more muted than historic rates for both stocks and bonds, so you might want to use a more conservative 3.5% or even a 3% version of that rule.

In general, the more flexible and discretionary your spending, the higher percentage you can spend in good years, if you then reduce spending in years when your portfolio suffers losses. The more fixed your spending (think the fraction of your retirement budget that goes to cover mortgage and other debt payments, utilities, etc.), the lower your draw percentage should be.

On the other hand, research shows that spending in retirement tends to decrease by about 1% per year, so going by the 4% rule and then adjusting for inflation less 1% annually may actually be a fairly safe path.

As you see above, knowing how much you really need to save for retirement is far from simple, and a “rule” like 10x income is woefully oversimplified.

If you want to have a decent estimate, use the above 5-point roadmap to figure out your own personalized answer.

If you’re too far from retirement (or don’t trust your financial literacy), consider hiring a fee-only financial planner, or at least using the more-nuanced estimates from JP Morgan or T. Rowe Price, above.

Regardless of the answer you arrive at, try to lead a balanced life, where you spend enough to enjoy your present, while saving and investing enough for your future self. Here’s my suggestion on how to do that without penny pinching.

Finally, know that according to dqydj.com, the majority of Americans fail to achieve 10x income by retirement age (let alone more than that even if they need it). Don’t let that be you. Start saving and investing as soon as you can.