First, let’s acknowledge that the COVID-19 pandemic has far more urgent and critical implications than what’s happening in the stock market. There are tens of thousands of people worldwide in intensive care, in comas, dying, and dead! As much as we hate to think about it, short of a vaccine being developed, tested, and massively deployed in far less time than most experts believe to be possible, those figures will grow by orders of magnitude! However, beyond trying to minimize the risk that we personally infect or get infected by others, and not hoarding hand sanitizers or toilet paper (Really?! Toilet paper?!), there isn’t much that most Americans can do to help the broader situation. All that said, our financial behavior in the coming days, weeks, and months will have a major impact on our long-term financial outcomes, and those of our families. This is especially so when it comes to planning and investing for your retirement (you're already doing that, right?). Here's how you can survive the ongoing market bloodbath without losing your mind or your shirt.

Survive the Bear Market without Losing Your Mind or Your Shirt 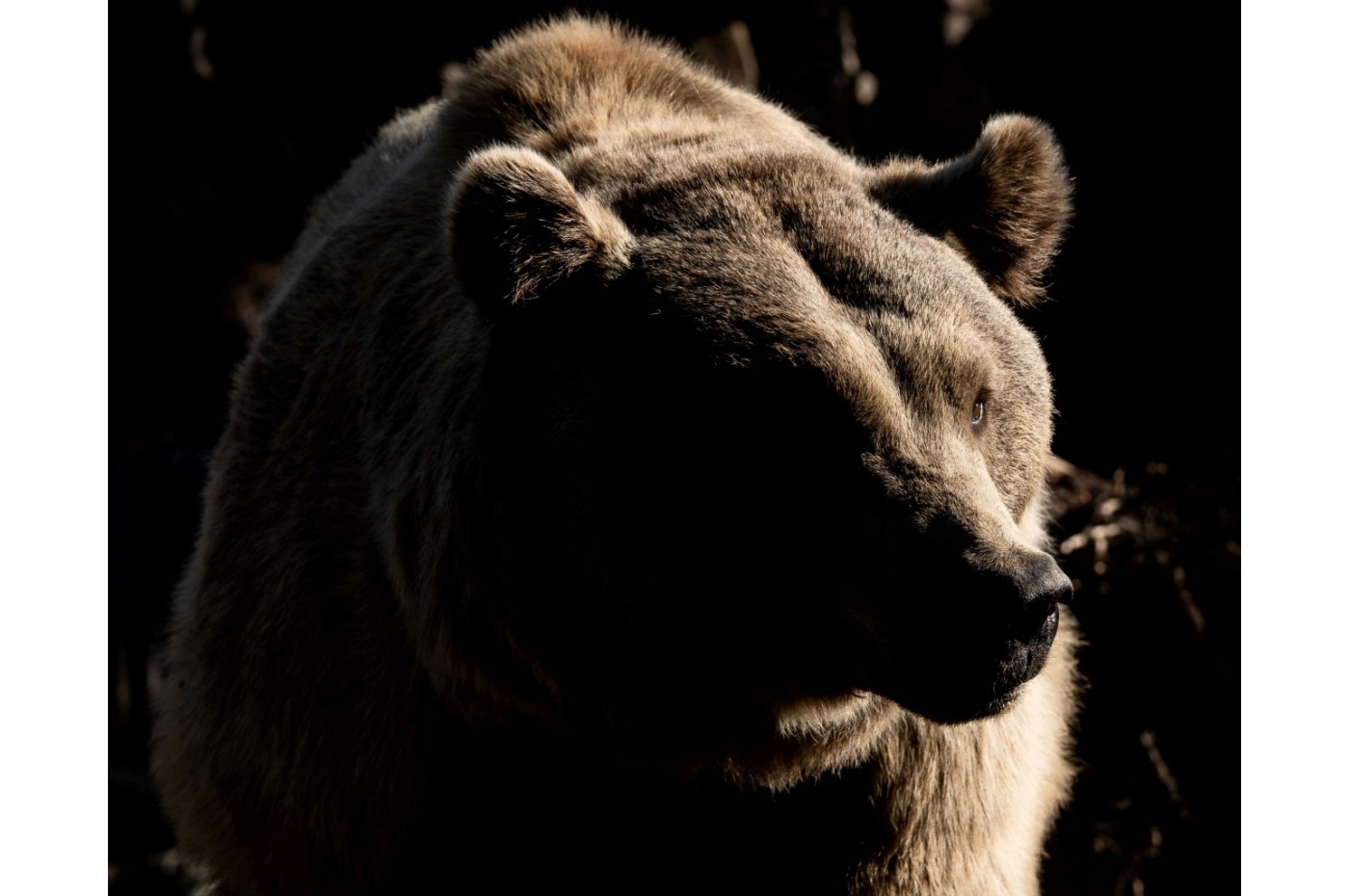 First, let’s acknowledge that the COVID-19 pandemic has far more urgent and critical implications than what’s happening in the stock market. There are tens of thousands of people worldwide in intensive care, in comas, dying, and dead!

As much as we hate to think about it, short of a vaccine being developed, tested, and massively deployed in far less time than most experts believe to be possible, those figures are tragically expected to grow by orders of magnitude.

However, beyond trying to minimize the risk that we personally infect or get infected by others, and not hoarding hand sanitizers or toilet paper (Really?! Toilet paper?!), there isn’t much that most Americans can do to help the broader situation.

Even if you’re not invested in the stock market, you should care because the market is a sort of “canary in the coalmine” for the overall economy.

It gives a minute-by-minute health-check of all our combined expectations (accurate, overblown, under-estimated, or completely false) about what’s to come.

It’s true that some of the expectations that get priced into one company’s stock or another are inaccurate or completely wrong. However, the market as a whole is less inaccurate at predicting what our economy will do in the coming days, weeks, and months.

That's why you need to pay attention even if you don't own any stocks or stock-based investments. Hopefully you'll find the context below helpful in separating the Chicken Littles' "The sky is falling" sensationalist screams from reality, and figuring out what to avoid doing and what to do instead.

For those of us who are invested in the market, our financial behavior in the coming days, weeks, and months will have a major impact on our long-term financial outcomes, and those of our families.

I believe that makes it important enough to write about, even now.

A bear market is defined as a drop of 20% or more from recent highs.

As of yesterday evening, the S&P 500 total return is more than 30% below its recent peak.

That’s it folks. We’re deep in bear country, and investors are rushing for the exits, trying to sell their stock investments at almost any price, running around as if their hair is on fire.

If you’re within a few years of retirement (or even in retirement), your portfolio should have already been diversified across asset classes.

If your allocation was 50% stocks and 50% bonds, your loss would be about 16%. Then, once the market stabilizes, you could re-balance and benefit even more from the expected resurgence of the market.

If you followed retirement researcher Wade Pfau’s suggestion to get completely out of the stock market as you approach retirement, and then slowly get back in during your early retirement years, your loss would be 1% and you’d look like a genius.

If, like me, you’re more than a few years from retirement, you have time to make up losses.

In that scenario, as I’ve written elsewhere, there’s a case to be made for being 100% in stocks, with one condition — that you not lose your mind like everyone else when, not if, the market crashes.

First, I apologize in advance for all the numbers you'll see below. If tables of numbers make your eyes glaze over, simply ignore them and concentrate on the text!

Here’s what most people are concentrating on right now:

The losses from the recent market high daily close of Feb 19, 2020.

The Magic of Context

Instead of focusing on how much we lost from the inflated values of mid-February, and how quickly it evaporated, let’s change the starting baseline to the start of this historic 11-year bull market, and adjust for inflation while we’re at it.

S&P 500 total returns comparing to the start of the recently deceased bull market, in March 2009.

As you can see, while the annualized real returns at the top were a heady 14.8% relative to early 2009, even after the huge drop since the recent high, we’re sitting on an 11.7% return!

That’s far more than the 7%/year long-term real return of the stock market.

Ok, so let’s instead compare then (if you’ll allow me a bit of personal bias) to when I arrived in the US in November 1992. That’s far enough back to have seen the dot-com bubble burst and the Great Recession, in addition to the currently ongoing market blood-bath.

Over these 27 years and change, real returns were almost 8% at the recent market top, 0.8%/year higher than the market’s long-term results.

Now, after the huge drop, we’re about 0.7%/year below that long-term result.

Does this mean the crash is over and done with, that the market will start climbing right back this morning?

Maybe, but far more likely not quite yet.

As you can see, the market went higher than the curve for a few years, then fell back to the curve in what many call “regression-to-the-mean.”

Then, it climbed back above the curve.

Then, it dropped below the curve.

Then, it climbed significantly above the curve.

Now, it dropped again to the curve (well, this last part is because I used the calculated return to date to determine the curve).

Here’s that same plot, but with a different curve superposed.

This time I added the long-term historical real return of 7%/year to the 2.2%/year inflation and show a 9.35%/year curve.

Here we see the market went higher than the curve for a few years, then fell back to the curve, then climbed a bit above the curve, then dropped below it for several years before climbing back above it, and now dropped quite a bit below the curve.

There’s no doubt in my mind that, whether it takes months, a year, or several years, the market will stabilize and then resurge.

As an additional bit of context, the recent drop is certainly brutal, but it just rolls back the market (after adjusting for inflation) to July 2017, less than 3 years ago.

Who Should Be Selling Investments

If you suddenly find yourself in a cash crunch, and weren’t wise enough to keep enough cash on hand to cover several months’ worth of expenses, you’re in the unenviable situation of having to liquidate investments at a bad time.

Still, you can assess which investments fell the least, and sell those first.

If this is your situation, you may want to consider how many months of expenses are you likely to need in the coming year or two, and sell enough to cover that.

This because the market may well drop even lower than it already has.

What I would try to avoid though, is selling more than I must at today's depressed prices, locking in more losses than I must.

We’re now in the “drop further than a rational person would expect” part, but I fully expect that this will reverse at some point.

I’m sure there are those who will say, “But this time it’s different!”

They’ll be right. It is different. Once we manage to stop COVID-19 we will go to a new normal.

However, what won’t be different is that we will still be a strong, creative, resilient people, and our economy will still be built on that strength, creativity, and resilience.

That won’t be different.

That’s why when it’s time for my next 401(k) investment, I’ll be plowing it into the market with the same allocations as I’ve used since I started my contributions to the plan years ago.

There’s no way to predict just how far the market will fall, so now is not a good time to borrow money and pile into the market.

However, since investing in stocks is part of my long-term plan, I don’t plan to change that due to stocks temporarily going on a fire sale.

In investing, it's important to avoid making big mistakes, which is especially difficult during times of turmoil.

Financial strategy is all about setting financial goals, crafting a plan to reach them, and doing what's needed to start implementing that plan in both your business and personal life, in good times and in challenging ones. If you'd like to learn what this can help you accomplish, email me and we'll coordinate a free, no-strings-attached phone call to explore that possibility.

This article is intended for informational purposes only, and should not be considered financial, legal, or health advice. You should consult a relevant professional before making any major decisions.