I love quotes with a delicious twist like “It ain’t what you don’t know that gets you into trouble. It’s what you know for sure that just ain’t so.” or “Always remember that you are absolutely unique, just like everyone else…” (apparently both mis-attributed, the first to Mark Twain, the second to Margaret Mead). Here’s another, that may have originated from Albert Einstein, “Everything should be made as simple as possible, but not simpler.” So, what do all these quotes have to do with advice from financial gurus? Simple (pun intended), finances are complicated, the right thing to do depends on your unique circumstances, and following gurus’ advice slavishly will frequently get you in trouble because you think you know something, but in your specific case it may just not be so. Here are some examples where advice that's great for most people may be the worst advice for your personal situation. 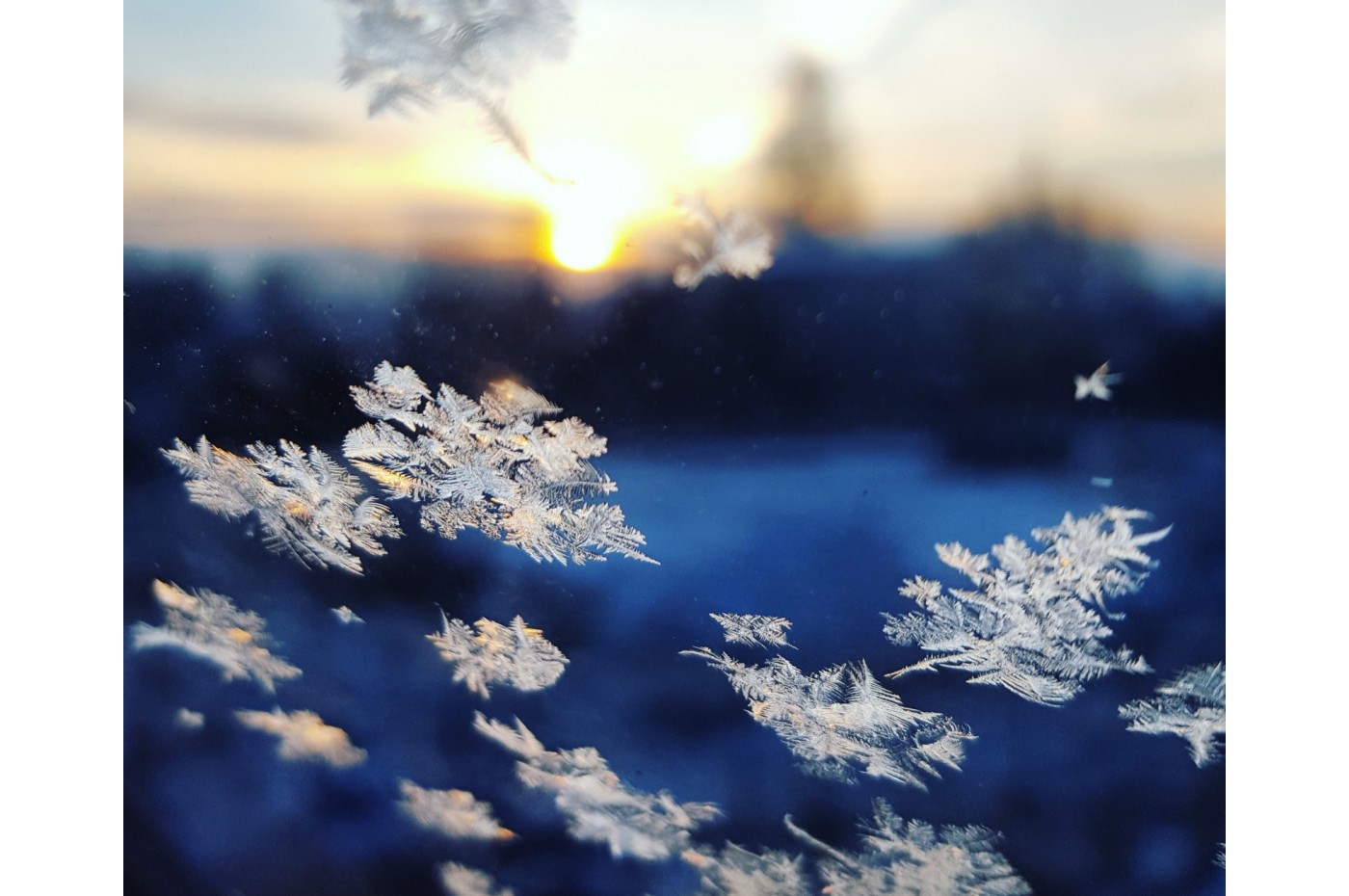 “It ain’t what you don’t know that gets you into trouble. It’s what you know for sure that just ain’t so.”

“Always remember that you are absolutely unique, just like everyone else…”

I love quotes with a delicious twist like the above two (apparently both mis-attributed, the first to Mark Twain, the second to Margaret Mead). Here’s another, that may have originated from Albert Einstein, “Everything should be made as simple as possible, but not simpler.” So, what do all these quotes have to do with advice from financial gurus? Simple (pun intended), finances are complicated, the right thing to do depends on your unique circumstances, and following gurus’ advice slavishly will frequently get you in trouble because you think you know something, but in your specific case it may just not be so.

Financial gurus become such because they know a lot about a complex topic, and are good at communicating that knowledge in a way that speaks to people without much financial knowledge. This doesn’t mean you should blindly follow their advice. Here’s what they should tell you…

There’s an interesting piece, 20 of the biggest money no-nos according to Suze Orman. Orman’s followers may take those as gospel, but they may not be accurate for many people. Personal finance is, well, personal, so many of Orman’s strictures don’t always hold true. In fact, I’d argue that any of her “biggest no-nos” that are stated as absolutes that you should never ever do may in fact be the best thing for you to do in certain circumstances (which might even seem obvious once you apply some common sense!).

Personally, I’ve never leased a car. I agree that in most cases, it’s not the best way to get a car because it’s usually more expensive in the long run. However, if you’re in the market for a new car and the dealership just happens to be getting better manufacturer incentives on leased cars than on cars sold, the lease may (rarely) be the better deal.

What if the intended borrower is your kid, the purpose of the loan is something you agree with, you’re able to flat out give her the money, but she wants to (a) try to pay for it herself, and (b) build her credit history? Why not co-sign, and set aside the full amount so you can bail her out without anybody’s credit score getting dinged?

This depends on what is meant by “too soon.” If it means that you shouldn’t file when you turn 62 and are first eligible for early benefits, that’s not necessarily true. If you’re 62 and your health is so poor that you’re not likely to live much beyond the next five or 10 years, you should absolutely file for Social Security benefits, and the sooner the better.

I’d argue that you should try to avoid selling stock in general, except to the extent that you need money and don’t have better options than to sell stocks. If you do need money when the markets are bad, and borrowing costs are prohibitively high, selling stock might be the lesser evil.

My dad had a story about an Israeli politician in the 1950s who was accused by journalists of following David Ben Gurion, then Israel’s prime minister “with his eyes shut.” In response, said politician quipped “I confess. I do follow him with my eyes shut. Just every once in a while I open one eye to make sure his eyes aren’t shut.”

The moral of the story here is that even if you’re certain that someone has your best interests at heart, he may still be making honest mistakes. Thus, you should never put blind faith in any person, including yourself. Always question, always seek opposing opinions, and consider that many people may have a hidden agenda.

Another piece of mostly good advice. However, if you have no better options and are in a bind, this may be the lesser evil.

As I point out here, some debt should (in most cases) absolutely be allowed to linger, and for as long as possible!

Don’t spend to impress others

That depends. There’s a reason why realtors tend to drive fancy new cars. It sends a subliminal message to prospective clients that these agents are successful, which makes it more likely those agents will win new business.

Having said that, buying stuff you don’t need and can’t afford in order to impress someone you want to be friends with is a really bad idea. If the only way they’ll be your friend is if you seem to be wealthier than you actually are, then (a) they’re not someone you want to be friends with, (b) when they find out you’re really not that wealthy, they’ll stop being your friend, and (c) you’ll be stuck with the financial consequences.

Don’t say it’s impossible to save

If you’re poor enough, saving has to take a back seat to survival. However, most of us can indeed save at least a few dollars here and there, and setting up an emergency fund can save your bacon.

Can anyone be said to “really need” anything beyond food and shelter sufficient to survive? Do you “really need” to go on a vacation rather than a staycation? My advice on this is that you compare the benefit of spending now on whatever you’re considering vs. the benefit of forgoing the expense and investing the money.

That depends on what “too early” means. Is retiring at 38 too early? For me it certainly would have been, but it wasn’t too early for Tanja Hester. Again, in personal finance, every answer should start with “It depends…”

Don’t go without a will

In general, good advice. But how about if you have no dependents, and not much of an estate? Should you spend money on getting an attorney to draft a will and then have what little is left behind go to paying an executor for the will?

Don’t take out a reverse mortgage in your 60s

What if you didn’t manage to set aside much in the way of a nest egg, and your health is forcing you to retire? Should you struggle to survive on Social Security or become a burden on your kids? In this situation, using a reverse mortgage to tap the equity in your home to cover your expenses may be the best of a set of bad options.

Don’t miss out on matching money

Almost always true, but what if your wages are so low that you’re struggling to feed your kids and pay the rent? Should you starve your kids now to put aside money for retirement?

Don’t stay at a job you hate

This is another that I personally struggled with. I was in a job that turned out very differently from what I anticipated or hoped for. However, to leave that job would have required me to take a significant pay cut, abandon my career, and/or move out of state and leave my then “tween” kids with my ex-wife without being able to stay involved in raising them. It took many years to engineer a new job that I did enjoy, that allowed me to stay in state, and where I made more money than in the one I wanted to leave. I’d be more willing to agree with “Don’t stay at a job you hate for longer than you have to.”

I’d agree with “Don’t buy a new car every two years.” I’d also agree that buying a lightly used car that’s been maintained meticulously, and that happens to be a car you’d love to drive, is better in most cases than buying new. However, if you can afford it, can get a loan with low (or no) interest, and will keep the car for 10 years, there’s nothing wrong with buying new.

Student debt is a crushing problem that’s just getting worse and worse. Unfortunately, it’s also a form of debt that doesn’t go away if you declare bankruptcy. That’s why missing a student loan payment is worse than missing say a credit card payment.

However, if you have to choose between missing a student loan payment and not paying your utility bills, would you rather get your credit dinged, or do without electricity or running water?

There’s a reason why accountants, attorneys, and good investment advisers are hyper-careful about adding disclaimers when they write something for a wide audience. They don’t want to be held liable for the negative consequences that may happen if somebody takes action based on that writing because they don’t know that in their specific situation it’s a bad idea. If they do and get burned, they may blame the writer, which could cost that writer at least some reputation points, and at most a costly court fight and judgment.

As they say, free advice is worth every penny you paid for it. However, reading about business and personal finance is crucial, and reading from multiple sources is best. This allows you to gradually develop a deeper and broader understanding of the topic. It’s why I write about these topics, and also why I frequently point out that my articles are a good starting point for conversations with your financial, tax, and legal pros.

However, reading Suze Orman, or Robert Kiyosaki, or Dave Ramsey, and thinking that just because they say something, that makes it a good idea for you is a recipe for trouble. There’s no substitute for the knowledge that comes from spending a lot of time and effort to learn, or paying somebody who has already done that to give you personalized advice.

If you'd like to have a free, no-strings-attached conversation about what would make your personal and business finances more successful in the coming year, drop me an email.