Unless you’re fabulously wealthy, the current economic situation must be worrying you. While you can't do anything to change the overall situation, here's what you can do to protect yourself...

What Hurts Your Money Now? Inflation, Recession & Bears Oh My 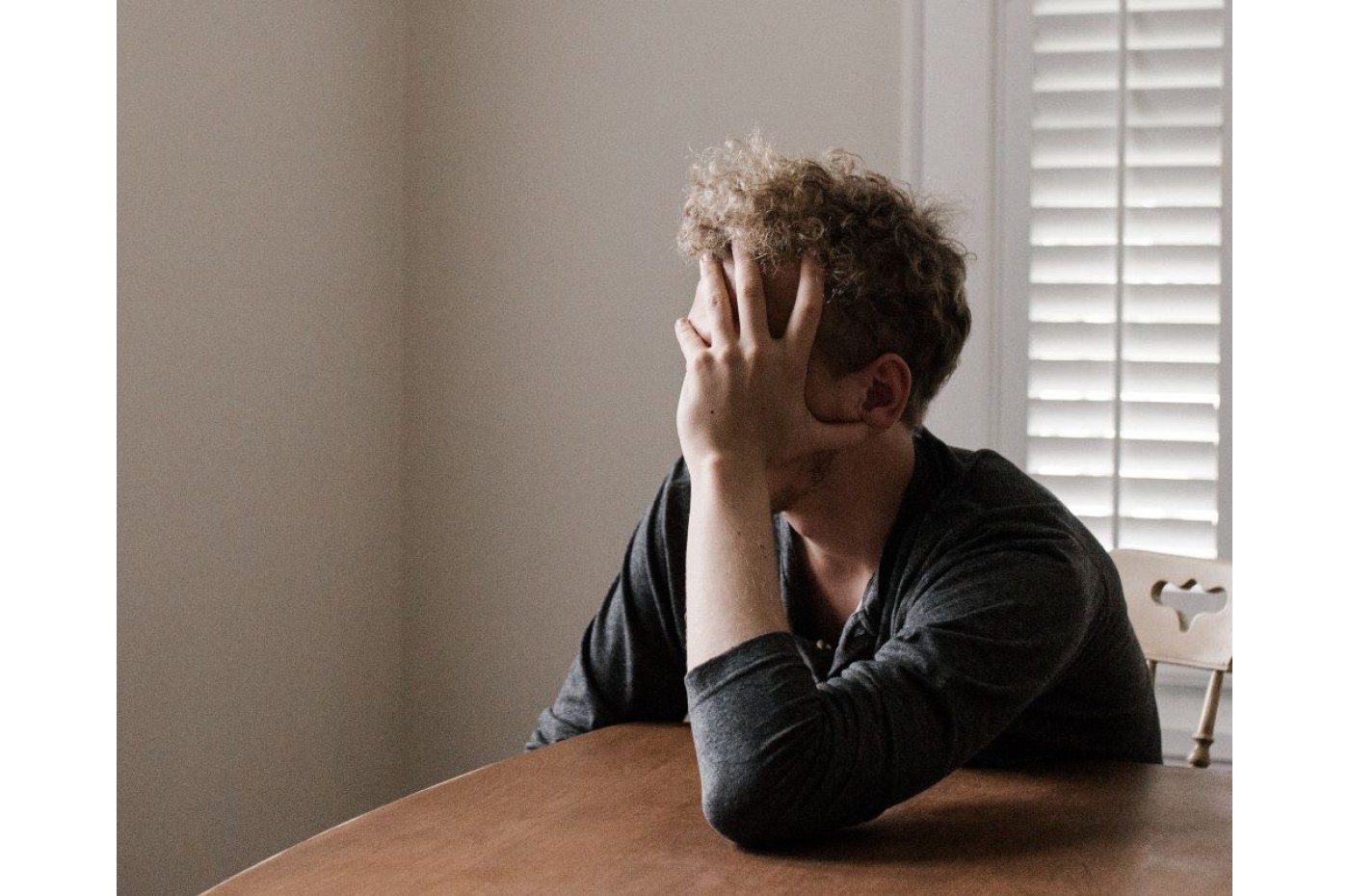 Unless you’re fabulously wealthy (and possibly even then), the current economic situation must be worrying you.

I know it does me, to a degree.

Our money’s purchasing power is dropping at rates not seen in decades, a.k.a. inflation.

Our Gross Domestic Product (GDP) shrank in the first quarter of the year, which leads many to fear we’re about to enter a recession (if we aren’t already in the midst of one without knowing it).

And the stock market is firmly in bear-market territory, with the S&P 500 down nearly 22 percent for the year, the NASDAQ Composite Index down a worse 31 percent year-to-date, and even the venerable Dow Jones Industrial Average (DJIA) more than 17 percent off its November 2021 peak.

Include the impact of inflation, and the S&P 500’s inflation-adjusted loss from its peak is 31 percent, the NASDAQ’s 35 percent, and the DJIA’s 21 percent.

Lets dig into each of these…

Unless you’ve been hiding under a rock for months, you know US inflation is at levels not seen in four decades.

How bad is it?

Inflation Now and in the Future

The latest monthly increase in the Consumer Price Index (CPI) released by the Bureau of Labor Statistics (BLS) clocked in at 1.1 percent, with a year-over-year increase of 8.6 percent.

From the start of the year through May, the CPI rose by 6.0 percent.

How high will inflation go by year’s end? Nobody knows, but there are certainly lots of people bold enough to make predictions:

If we extrapolate from the year-to-date data, the 2022 CPI increase could end up at 15 percent!

That would be the highest calendar-year reading since 1946!

Worse, if an analysis by former Treasury Secretary Lawrence Summers and two economists, Marijn Bolhuis and Judd Cramer, is correct, pre-1983 numbers could be overstated by several percentage points, potentially making a 15 percent inflation number the highest since 1918!

By now, one dollar can only purchase about the same as $0.94 could at the start of the year.

If inflation hits 15 percent, that number will decline to $0.85. If it stays at that level for just four years, our money’s purchasing power would drop by nearly half by the end of 2025 compared to the start of 2022!

“Now hold on just a minute Opher,” you might be thinking. “There’s no way the Fed lets inflation stay so high for years!”

You know what? I agree. It’s unlikely.

So, let’s instead assume 15 percent just in 2022, after which the Fed magically crushes inflation down to 3.5 percent annually (close to the long-term average of 3.2 percent) for the next nine years.

In this scenario (which I think is more optimistic than we’re likely to see play out), a dollar would purchase at the end of 2031 what we could buy with $0.64 at the start of 2022.

This also applies to the dollars in your savings accounts and investment portfolio!

We keep hearing the “R word,” with some saying it’s nearly a foregone conclusion, while others think it’s quite unlikely.

Here’s why we should care.

What Is a Recession, Is One in Our Future (or Present), and How Long Do They Last?

Danielle Miura, CFP®, founder and owner of Spark Financials says, “A recession is defined as two quarters of negative GDP, but this means we usually don’t have confirmation of a recession for months after it starts. The first quarter of 2022 had negative GDP growth, and now we need to wait to see the results of the second quarter to know if we’re already in a recession.”

Given that GDP numbers are often corrected months after the fact, we may not know we were in a recession for as long as a year or more after it started!

There have been 15 recessions in the past 93 years, lasting just over a year on average. Since WW-II, the average is a slightly shorter 10 months.

How Can a Recession Affect You and Your Money?

Danielle Miura answers, “A recession is accompanied by a rise in unemployment and low economic activity. In a recession, many businesses and individuals have difficulty paying their loans, which can cause high foreclosures and an increase in business failures. Since consumers spend less, store inventory may climb higher than normal. Recessions can lead to layoffs, reduced production, and less money spent on research and development. Even if your job is secure, it’s likely that your retirement account and home value will be worth less than before the recession.”

The potential silver lining is that if demand drops quickly due to a recession, prices may stop rising, and we may even see disinflation, or deflation (though over the past century plus, we’ve had deflation just one calendar year in 10).

The worst and longest-lasting impact on you and your money happens if you do lose your job. If you have savings, you’ll likely draw them down (if not burn through them completely) before you find a new job, which is harder than usual if unemployment gets higher. Even when you do land a new job, your new salary may be lower than the one you lost.

If you’re about to retire, or recently retired, a bear market now can be extraordinarily painful, and hard to absorb. You may need to delay or reverse your retirement, to continue your work income coming so you don’t have to sell stocks when they’re depressed, just to cover your current expenses.

For the rest of us, the bear market can be good news, bringing the opportunity to buy shares at a significant discount.

What Is a Bear Market, How Bad Can They Get, and How Long Do They Last?

Danielle Miura explains, “A bear market is when the stock market drops by 20% off its peak. On June 13th, the S&P 500 loss since its early January peak hit 21 percent, officially ushering in a bear market.

“Bear markets are usually characterized by negative investor sentiment and low confidence in the market. Investors become pessimistic, and often sell their shares at a loss, or at least stop buying more shares. Investors may transition to safer assets, like Treasury bonds, to protect themselves from the volatility of stocks. As demand for stocks drops, the price of shares on the stock market drop even further. As consumers see their wealth dwindle, they spend less, causing companies to lose money. Depressed earnings just add fuel to the stock-loss fire.

“On average, bear markets lasted 9.5 months (11.3 months since WW-II), with the shortest just 33 days and the longest lasting 21 months.”

How Does a Recession Affect the Bear Market?

However, recessions tend to worsen bear markets. On average, bear markets in the modern era lasted under 7 months if there wasn’t a recession. If a recession hit at the same time, that more than doubled, to 15 months.

The average loss resulting from a bear market also worsened, from 29 percent with no recession to 34.5 percent with an accompanying recession.

What You Can (and Should) Do About All This

None of us can affect inflation, recessions, and/or bear markets in any significant way.

However, that doesn’t mean we’re powerless to help ourselves.

What to Do Regarding Inflation

Inflation’s two main impacts on you are the loss of your income’s purchasing power, and a similar loss affecting your retirement nest egg.

To address the first, go through your spending with a fine-tooth comb. Anything that doesn’t align with your priorities — remove from your future purchases. Anything that does align, consider if you can’t find a cheaper alternative, or make do with less, trimming those expenses.

In addition, finding ways to increase your income will help preserve your current purchasing power. This could be by landing a raise or bonus, or by starting a side hustle.

To address your nest-egg woes, stocks have historically returned over 6 percent per year above inflation. Other assets, such as real estate, can also provide significant inflation-adjusted returns. Consider allocating your portfolio between several such assets to offset the impact of inflation and even growing your nest egg larger in real terms.

What to Do Regarding a Possible Recession

I’ll dive deeper into how you can reduce the risk of losing your job in an upcoming article. There, I’ll also talk about how to prepare in case you lose it anyway.

Here, I’ll just summarize: (a) take on more responsibilities and (b) learn new skills to make yourself more indispensable to your supervisor and employer; (c) reduce spending to preserve your money; and (d) find ways of increasing your income.

What to Do Regarding the Bear Market

Here, the second-best thing to do is… nothing! Avoid panic-selling depressed stocks and locking in your losses.

The best thing is to look at the bear market as a huge opportunity to build significant wealth.

As Danielle Miura says, “Generally, investors view recovery in the stock market as a 20% increase from the low point over at least a six-month period. Even though a bear market can be a difficult time for many people, it can also be an opportunity. An opportunity to buy stocks at a discount and reduce your average cost per share. Bull markets normally last longer than a bear market; over a long period of time, the dip in the stock market will not likely make a large impact on your stock portfolio.”

Say you had $250k invested in stocks before the bear, and the markets fall by 30 percent. Your portfolio is worth about $175k. Say you then add $100k more when the market is at that lower level.

Once the market returns to its pre-bear level (usually within a few years), the original $250k that dropped to $175k will be back at its original $250k value. The new $100k investment, however, will grow and be worth $143k!

This would bring your overall portfolio value to $393k, compared to the $350k you’d have had you invested the $100k before the bear.

Inflation, recession, and bear markets are absolutely no fun to go through.

However, recessions are a part of the natural economic cycle, just as bear markets are a natural part of the stock market.

High inflation hasn’t been around for decades, mostly due to the Fed seeing price stability as an important part of its mission, and using their considerable tools toward that goal. Still, with all the recent shocks to the global economy, it’s no wonder we’re seeing prices soar, especially compared to 2021.

While we, as individuals, can do next to nothing to affect the overall economy and stock market, we can and should do whatever is in our power to at least protect ourselves from potential negative consequences, and to the extent we have the stomach for it, even take advantage of new opportunities.