Think of debt not as borrowing from the lender, but rather as taking (more money) from your future self so you can spend it now. You get to use money today without taking it out of your current resources. However, your future self will need to pay it back, with interest. This is why, while debt is neither bad nor good, you have to know when and how to use it, or suffer potentially devastating consequences.

Debt Isn't Bad (or Good), Painful Truth Is You Don't Know How to Use It Right 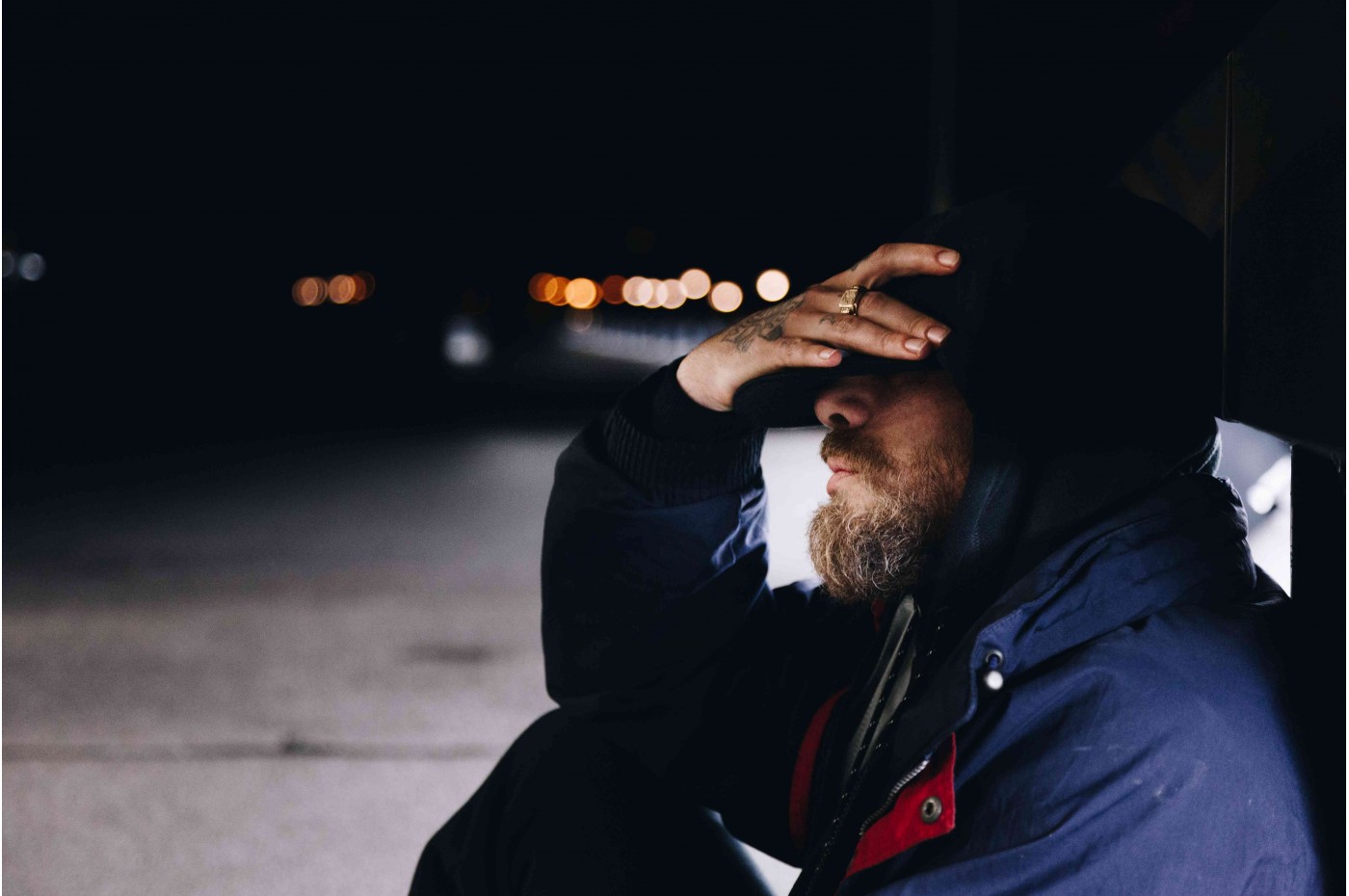 All of us know people who got in over their heads, to the point that they don’t see a way out. They just keep paying far too much of their income just to “service” that debt, i.e., paying the minimum, which guarantees they’ll pay the most possible to their creditors.

In fact, there are so many people in that group that I wouldn’t be shocked if this includes you.

Depends who you ask…

We all experience things in life. Some of those experiences get seared so deeply into us that they alter our basic beliefs and how we operate in this world.

For Dave Ramsey it was going bankrupt in 1988.

According to Ramsey Solutions, “By the time [Ramsey] was 26, he had a net worth of over a million dollars, but it all came crashing down when the bank called in his loans. He was left totally broke and completely broken.”

Going from millionaire (over $2 million net worth in today’s money), making a quarter million dollars a year (about $577,000 annual income in today’s money) to losing everything certainly qualifies as a searing experience. The result? Ramsey started crusading against all debt.

In his opinion, any positive result you can get from debt is completely undone by the risk.

There’s an expression in Hebrew that roughly translates to, “A cat once scalded by boiling water is afraid of warm water.”

Fellow Making of a Millionaire (MoaM) writer Sam Dixon Brown takes issue with people calling any debt “good,” but does allow that some debt, such as a mortgage or student debt, can be “productive.”

Brown points out how many people get trapped in a debt spiral, and decries people calling some forms of debt “good” because that normalizes debt.

“Four Common Uses of Debt that Keep You Poor, and One that Can Make You Rich” – Jason Clendenen

Another fellow MoaM writer, Jason Clenenden, takes a more nuanced approach. He calls out four common uses of debt as bad for your financial health.

However, he points out, “The prudent use of debt to invest in stable, cash-producing assets is a great way to turbocharge your returns and even get rich.” For example, using mortgages to buy residential rental properties, which is how he is building his wealth.

He writes, “That is why I disagree with people who say all debt is bad. MOST debt IS bad, but there is a way to use it prudently to boost your finances, which is why I do believe in ‘good debt.’”

Debt Is a Powerful Tool, Use Cautiously and Only When Appropriate

Is debt good or bad?

It’s an extremely powerful tool that can help you get things done that you can’t do otherwise. However, just like other powerful tools, using it involves a level of risk.

Think of chainsaws. There’s no question that a chainsaw is a powerful tool. Used correctly, it can quickly turn a towering tree into logs, that you can then turn into lumber. Used incorrectly, it can maim or kill, and even if you know how to use it correctly, anytime you do there’s some risk you’ll make a mistake and hurt yourself or someone else. That’s why you don’t use it to cut a small piece of lumber that you can cut effectively and safely with a handsaw.

MoaM founder and editor, Ben Le Fort once wrote a piece, “Ranking the 7 Types of Debt from Worst to Best." Here’s his worst-to-best ranking:

So, aren't most of these “bad debts?”

I'd argue that none are intrinsically bad, though some are far more risky to use.

If you just started a job, and have no money nor any better way of getting it, is it better to starve or take a payday loan?

Yes, payday lenders are notorious for charging inordinately high interest rates, and their “customers” far too often get trapped, having to borrow again and again, continuing to pay those unconscionable interest rates. However, if you have no other choice, and make a clear plan for getting out of the trap, this sort of debt may be the lesser evil.

How about credit cards?

These small pieces of plastic have trapped millions of Americans in a sprial of indebtedness. Aren't they the poster child of bad debt?

No, they're not. Used correctly, they're convenient and even financially beneficial.

I routinely charge thousands of dollars rather than pay cash. However, I don’t use them to pay for things I couldn’t pay in full upfront. I don’t use them for my credit history. And, I don’t buy any more using them than I would if I was paying cash.

I use them because the cash rewards are a nice source of income, because I never pay interest, and because I don’t increase my spending to get more rewards.

As Le Fort notes, these carry lower interest rates than credit cards (let alone payday loans), so they can help you reduce your interest costs if you’re carrying balances on high-interest credit cards.

However, using them to buy stuff you can’t afford is a bad idea.

Cars are well known to be depreciating assets. Taking out an auto loan at high interest to finance an expensive car isn’t smart. That's unless you have no better choices. For example, when I first came to the US I had to have a car to get to work, and didn't yet have enough to buy one outright. So I took out an auto loan at a 10.4% interest rate (!).

Was that a mistake?

No, that wasn't my mistake.

However, taking out a low-interest auto loan (my last few charged 0% interest!) to avoid selling investments that earn higher returns is smart.

Getting a degree is often a great investment, increasing what Le Fort likes to call your “human capital.”

However, not all degrees are created equal.

Borrowing $200,000 to get a teaching degree that may get you a job earning $50k is unwise (I'm not knocking teachers here - most work tirelessly to help educate kids who are our collective future, for far less pay than they deserve or could get in another career). Borrowing the same to become a doctor who earns hundreds of thousands a year is a good investment.

You need to compare the amount you borrow to your post-graduation earning power.

Also, ask yourself if you can’t get a comparable education at lower cost. If you can get a similar degree at a less well-known school at half the cost, your future earnings may be similar, but that lower cost means you’d have lower payments and more options.

This one is, in my opinion, a no-brainer in most cases where buying a home is right for you. I’ve written about this elsewhere, so I’ll just summarize here.

The low interest rate made possible by the lien on your home, the fact that inflation eats away at the balance you owe over many years, and that in many cases you get a tax deduction are a powerful combo. In fact, by my calculation, I’ve effectively made 4 figures this past year from the mortgages I owe.

Even here, use debt in moderation.

Buy as much home as you need (or reasonably want). Your lender will look at how much he thinks you can pay knowing you’ll lose your home if you missed several payments, and will almost always tell you that you can afford to borrow more. Unless you want to be house-poor, acknowledge that and only buy as much house as you planned to.

Did I mention that debt is like a powerful tool, and just as dangerous?

However, it’s also risky, so make sure you don’t:

Just ask Ramsey what can happen if you take on too much risk with too few safety nets.

The Bottom Line – the Right Way to Use Debt

Think of debt not as borrowing from the lender, but rather as taking (more money) from your future self so you can spend (less money) now. You get to use money today without taking it out of your current resources (if you even have any). However, your future self will need to pay it back, with interest.

Think of debt not as borrowing from the lender, but rather as taking (more money) from your future self.

When deciding to borrow or not, put yourself in your future self’s place and ask if s/he’d be happy you put her/him on the hook for it, given what you plan to buy.

For example, take a payday loan to pay for food and your future self will probably be happy you did so if it prevented you from dying of starvation. S/he’d be very unhappy if you took it to buy a big-screen TV.

Take out a modest student loan to give your future self opportunities s/he wouldn’t otherwise have, and s/he’ll be eternally grateful. Borrow more than needed just to go to a big-name school, and your future self will likely think you made a mistake. Borrow hundreds of thousands to get a useless degree, and s/he’d be quite upset.

The best use of debt is to only borrow money when it helps you build wealth (or when you have no other option to survive), with acceptable risk, and with enough safety nets in place to protect your future self from the consequences should those risks materialize. Even then, minimize how much you borrow as far as reasonably possible.