CreditCards.com recently reported that the state whose residents are best at managing their money is South Dakota, followed by Montana and a three-way tie between Wisconsin, Maine, and Vermont for 3rd place. This ranking places Texas, Maryland, and Washington DC at the bottom of the pile. As a Maryland resident, I smelled something fishy here, so I started digging at the data. Here's what I found. 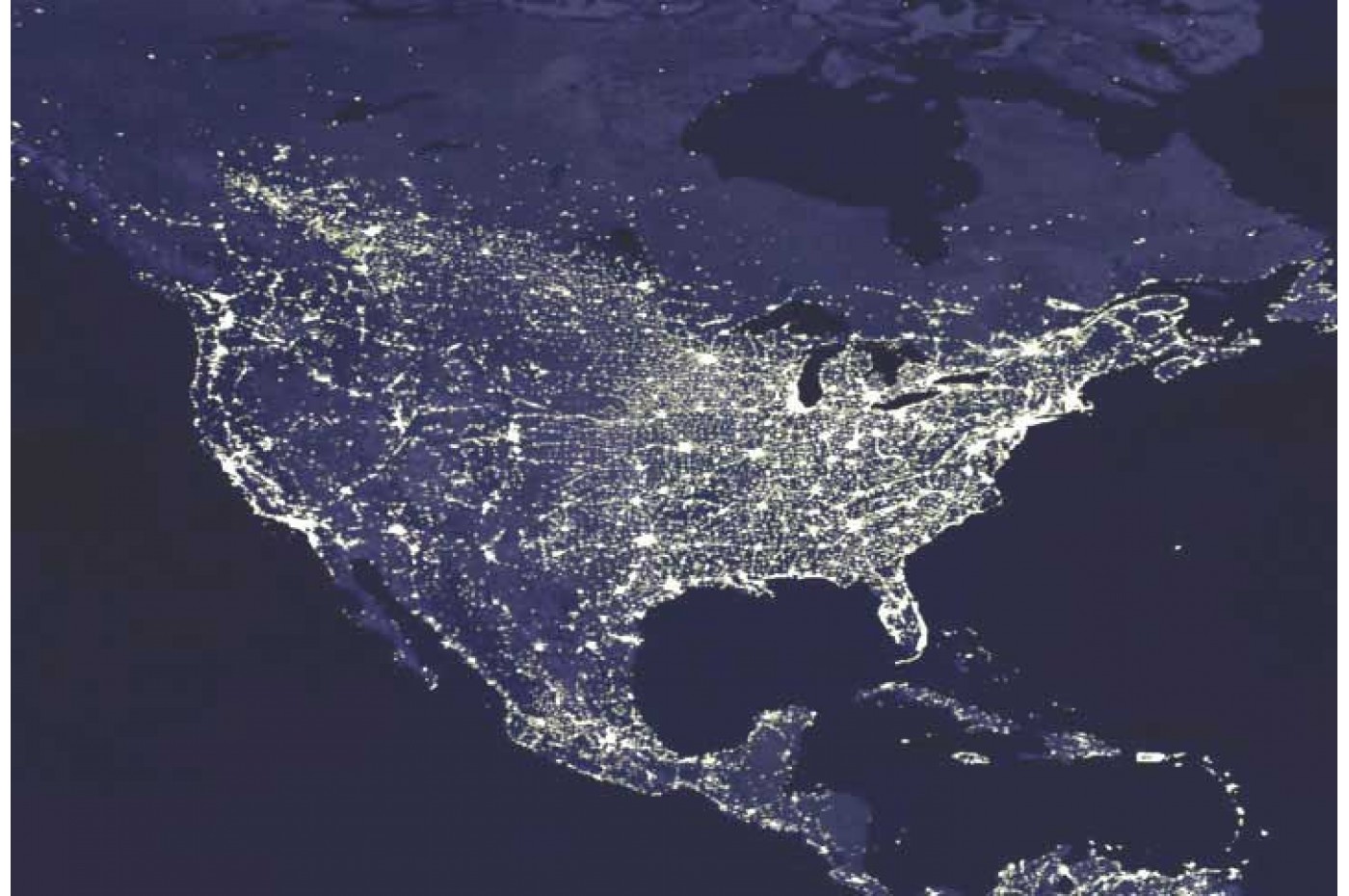 As recently reported by CreditCards.com, the state whose residents are best at managing their money is South Dakota, followed by Montana and a three-way tie between Wisconsin, Maine, and Vermont for 3rd place. This ranking places Texas, Maryland, and Washington DC at the bottom of the pile. As a Maryland resident, I smelled something fishy here, so I started digging at the data. Here's what I found...

The author of the above-mentioned study, Ted Rossman, ranked the 50 states and DC by median income and separately by their median FICO credit score. Then, he subtracted the credit score ranking from the income ranking.

The graph below shows a correlation between median household income and median FICO score, and that there’s a spread for a given income range. Mr. Rossman attributed this spread to how well the residents of different states manage their money. 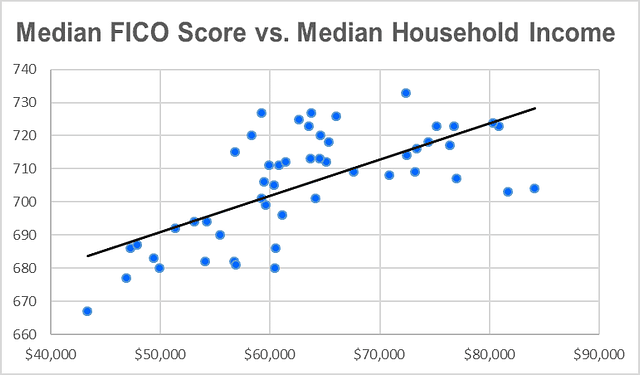 Pesky Problems with this Case

Mr. Rossman concedes that factors other than money management skills affect the median FICO score. He notes that the length of your credit history counts for 15% of your FICO score, and points out that indeed, Maine and Vermont, two of his top five states have the oldest median age. On the other hand, Alaska, California, Texas, and DC, four of his five lowest are among the seven youngest in the nation by median age.

Rossman then adds that California, Texas, DC, and Maryland, again in his bottom five, lead the nation in immigrant population size. Since immigrants, by definition, lived some of their lives elsewhere, their years abroad shorten their US credit history, hurting their credit score.

Housing costs are another fly in the simplicity ointment. California and DC, Rossman’s two lowest-ranked, are in the top three for most expensive real estate. This in absolute dollar terms and even when scaling by median income. High housing costs reduce money available for other needs. As a result, a financial hiccup will likelier cause you to miss payments. Since timely payments account for 35% of your FICO score, that can be a problem.

To me, that makes your median credit card balance, scaled by household income, a far better indicator of money management skills.

With credit utilization ratio accounting for 30% of your FICO score, clearly lenders agree. You can see this in the next graph, which shows the correlation between FICO score and median balance owed on credit cards (scaled by median household income). 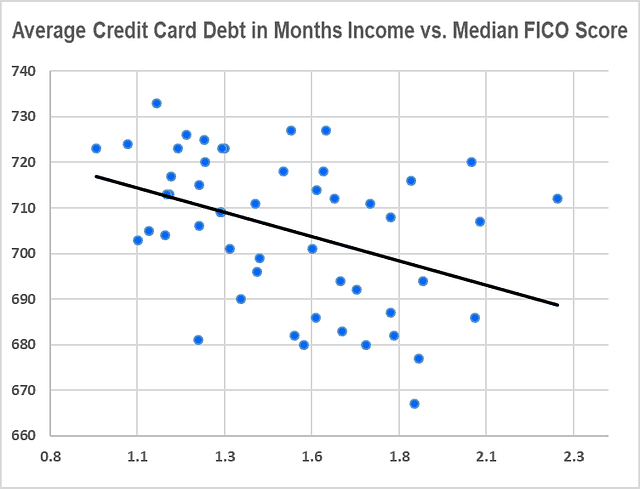 The Real Winners and Losers in Residents’ Money Management Skills

Ranking the states by average credit card debt measured in months of income, we find that the top states in residents’ money management skills are:

Using this same ranking, the worst states are:

Personal finance is, as I often say, personal. Each of us has a unique financial situation and back story. This makes it very difficult to come up with a way to measure the money management skills of an entire state’s population, and compare it to other populations.

Thus, I make my assertion about the “real” winners and losers of this competition with tongue firmly in cheek. At best, I’d argue that my measure is probably better than Mr. Rossman’s. However, that doesn’t make it perfect by any stretch of the imagination. Nonetheless, it’s still fun to “prove” that my state ties for 3rd best, rather than next to last :).

If you like getting a sometimes-contrarian view of financial matters, and want to see how that could help with your personal and business financial strategy, email me and we'll coordinate a free, no-strings-attached phone call.