It almost seems like you can get something free anywhere you turn these days. That’s because people don’t hesitate to accept something for free, where they may be very reluctant to pay for it. It’s no surprise that the threshold for saying “yes” to something is much lower if it’s free. If you’re trying to establish yourself in a new niche, offering something for free allows you to reach a wider audience, which is great. And if you make that giveaway really valuable, it helps you establish credibility with that audience, which is even better.

Why Free Isn’t Always so Great 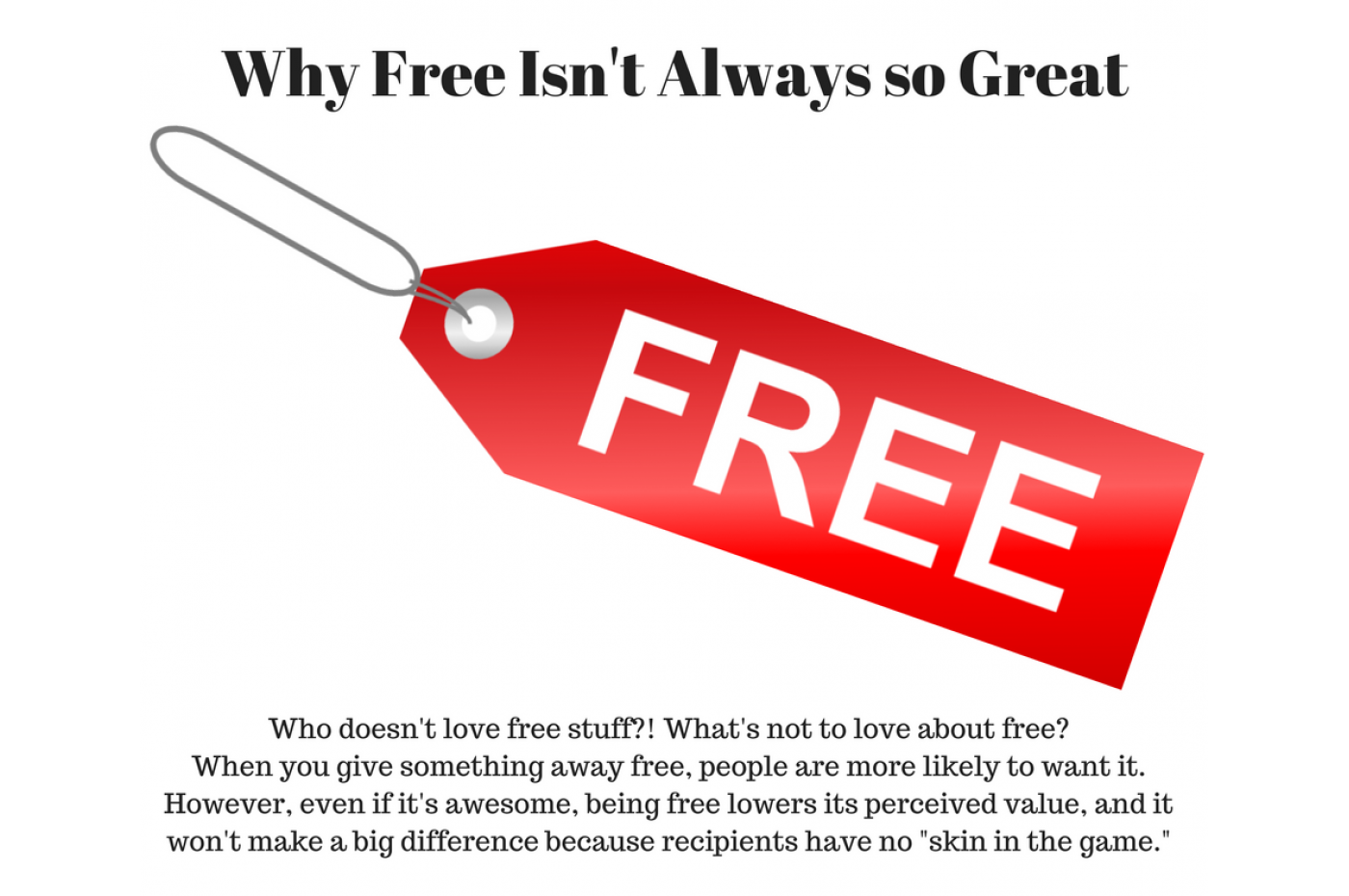 It almost seems like you can get something free anywhere you turn these days. That’s because people don’t hesitate to accept something for free, where they may be very reluctant to pay for it. It’s no surprise that the threshold for saying “yes” to something is much lower if it’s free.

What’s not to Love About Free?

The problem with giving things away for free isn’t what you’d think. Yes, if you give it away, you’re not getting paid for value you’ve created, which most people don’t like doing. However, the real drawbacks of “free” are different.

First, it lowers the perceived value of what you’ve given away. If you’re willing to just hand it out for the asking, it must not be worth much, right? Well, if you’re doing things right, the giveaway may be quite valuable, but those who get it without paying for it won’t easily see that value. It’s sort of like you have a great sense of accomplishment when you do something that challenged you, but if you did the exact same things and found it easy to do, your sense of accomplishment won’t be there.

Second, and perhaps more important, if you get something without having to pay for it, you have no “skin in the game.” This means you don’t feel called to actually take advantage of it. If it’s an ebook or worksheet, you may have simply saved it somewhere in your computer, or even printed it out and filed it away. However, you most likely didn’t really read it carefully and learn from it everything you could. It’s almost guaranteed that you haven’t implemented in your life anything it taught you.

When You Shouldn’t Just Give It Away

Beyond the obvious, that you should not give away the proverbial store by handing out free of charge the goods or services through which you make your living, there is another reason for not giving something away. That’s when you want to make a real difference for the recipient. As human beings, we attach more value to something we had to pay for. We’re more likely to use it to the max if we had to part with a good chunk of our hard-earned cash. So, if you want someone to get the most out of your product or service, you have to charge for it, and preferably an amount the payer finds significant.